End of the Year Plays 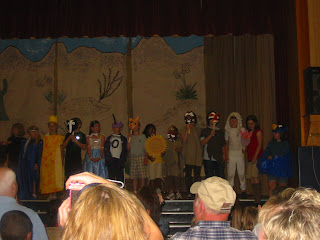 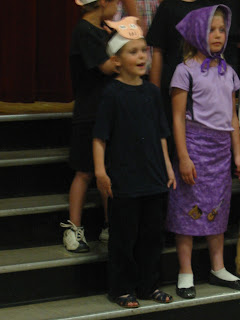 Charley and Joseph's class both put on end of the year plays this year. Charley's class wrote, directed, and made costumes for an adaptation of the book "The Sun the Moon and the Coyote". Charley was cast as Spring and played a drum during the play. Both kids made their own hats/masks in art class.

Joseph's class put on "EIEI Oops" Joseph played Curly the pig and told pig jokes. He was hilarious! Even funnier was one of the girls who played the wife of Farmer in the Dell. She really got into her part!

Posted by bjarnason family at 4:43 PM