A Glance Back at September

2014 marks 20 years since high-school for me.  Traveling to my reunion just isn't possible with all our schedules so I decided to include a couple pictures of my senior year.  I can't believe that it has been 20 years and that I now have a daughter in high school. September brought a nasty cold bug to our house that resulted in steroid treatments and a trip to the hospital.  Joseph and Sam were knocked flat and were home for a week.  Harley stayed close to them during their convalescence. 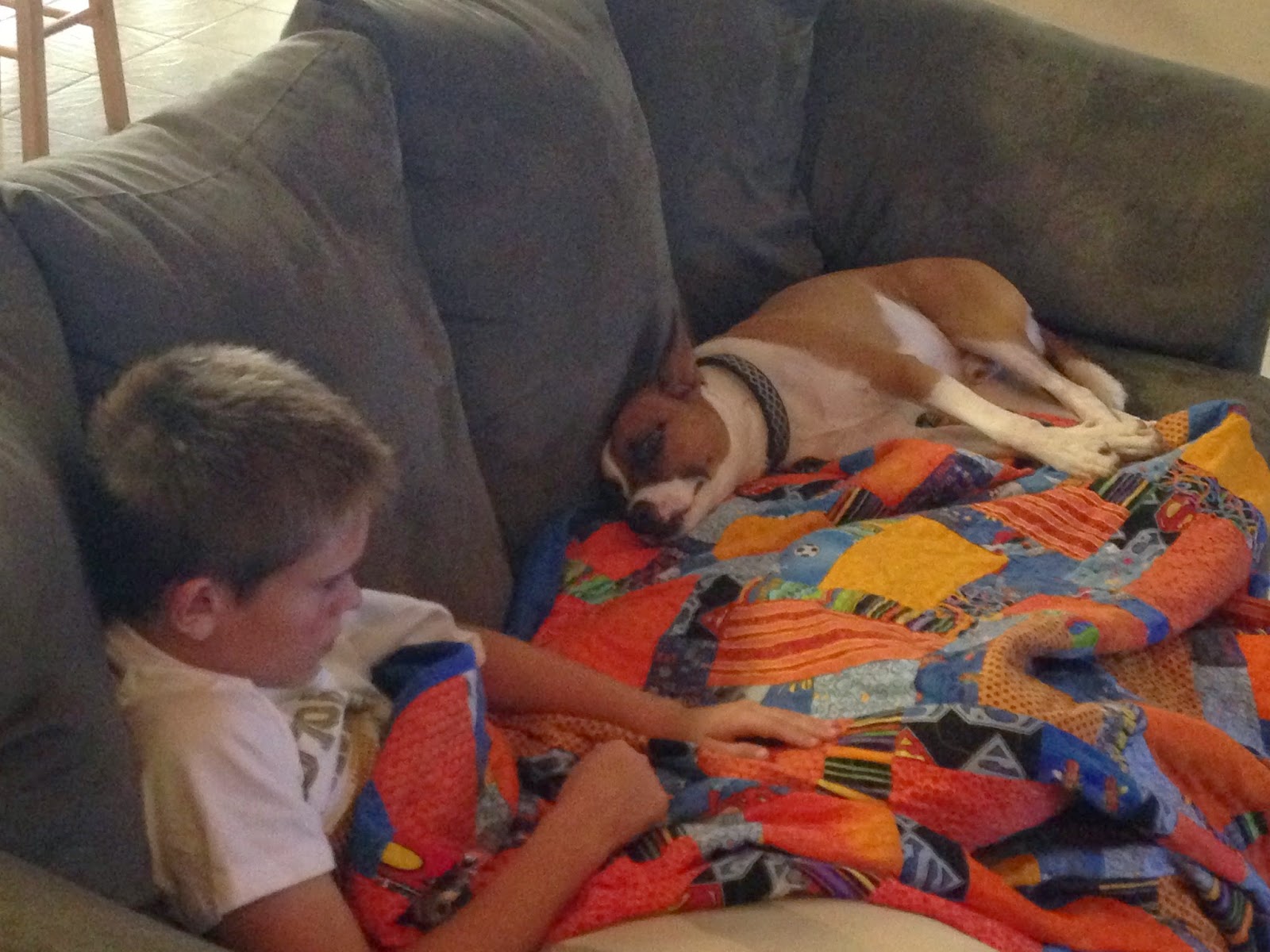 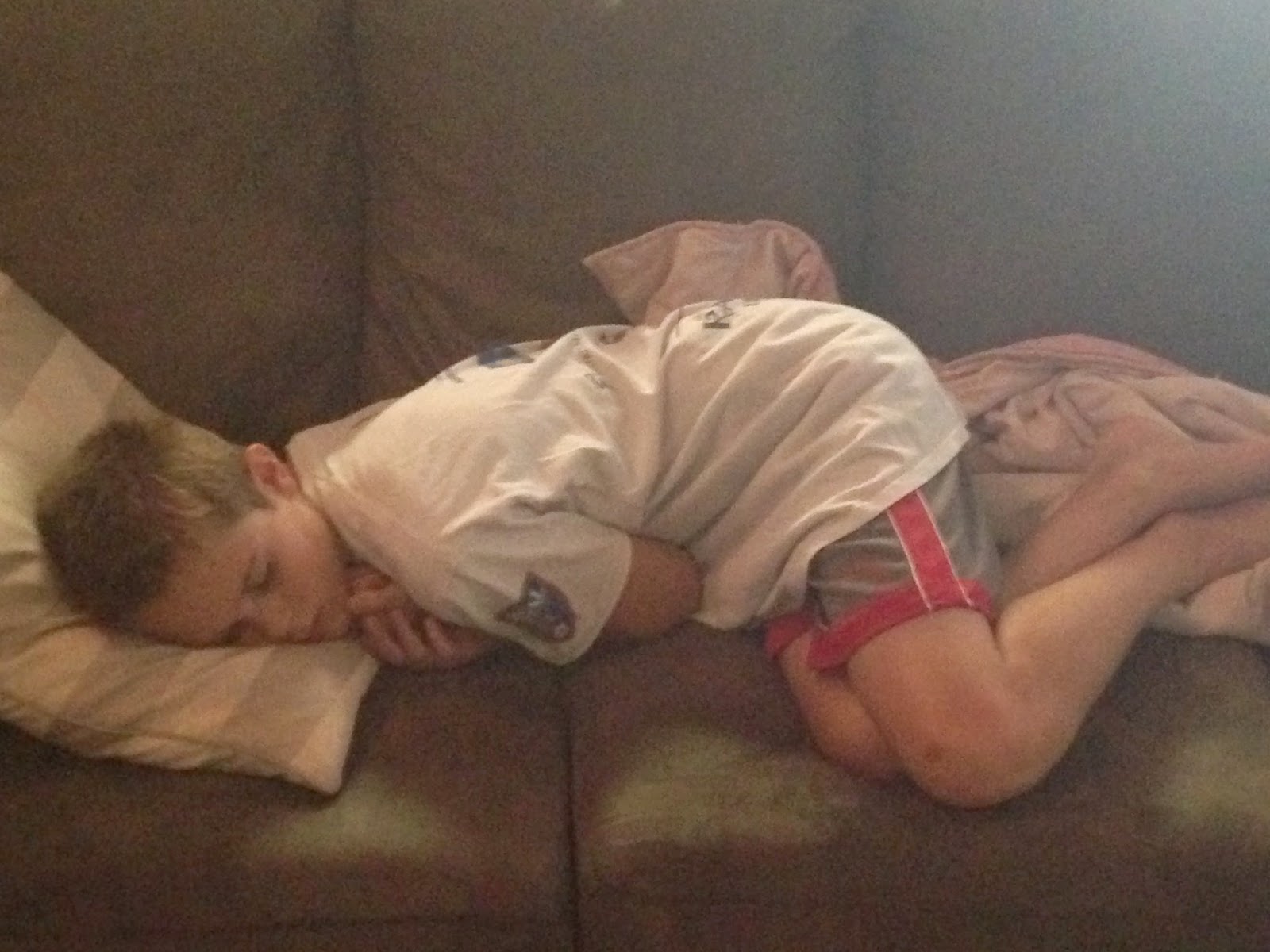 Football......  Joseph had to sit out his first game as his lungs were still recovering from his cold.  He is playing defensive back for the time being.  He is hoping for an offensive position sometime soon. 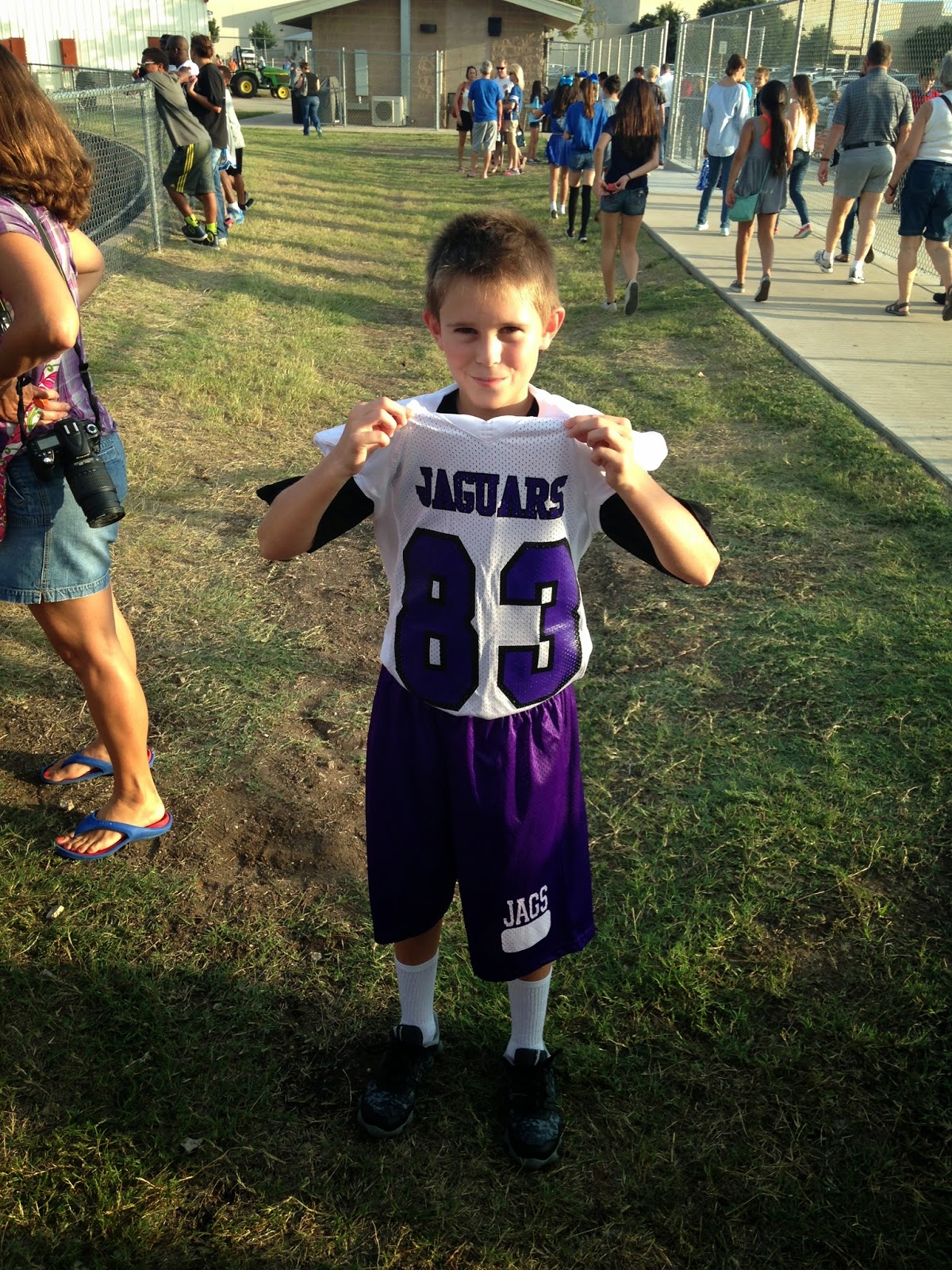 I showed my support of the Jags by having my toes done in purple and white.  Joseph thought that this was pretty cool.  I'm happy to show school spirit every month with another pedi.....  ;)! 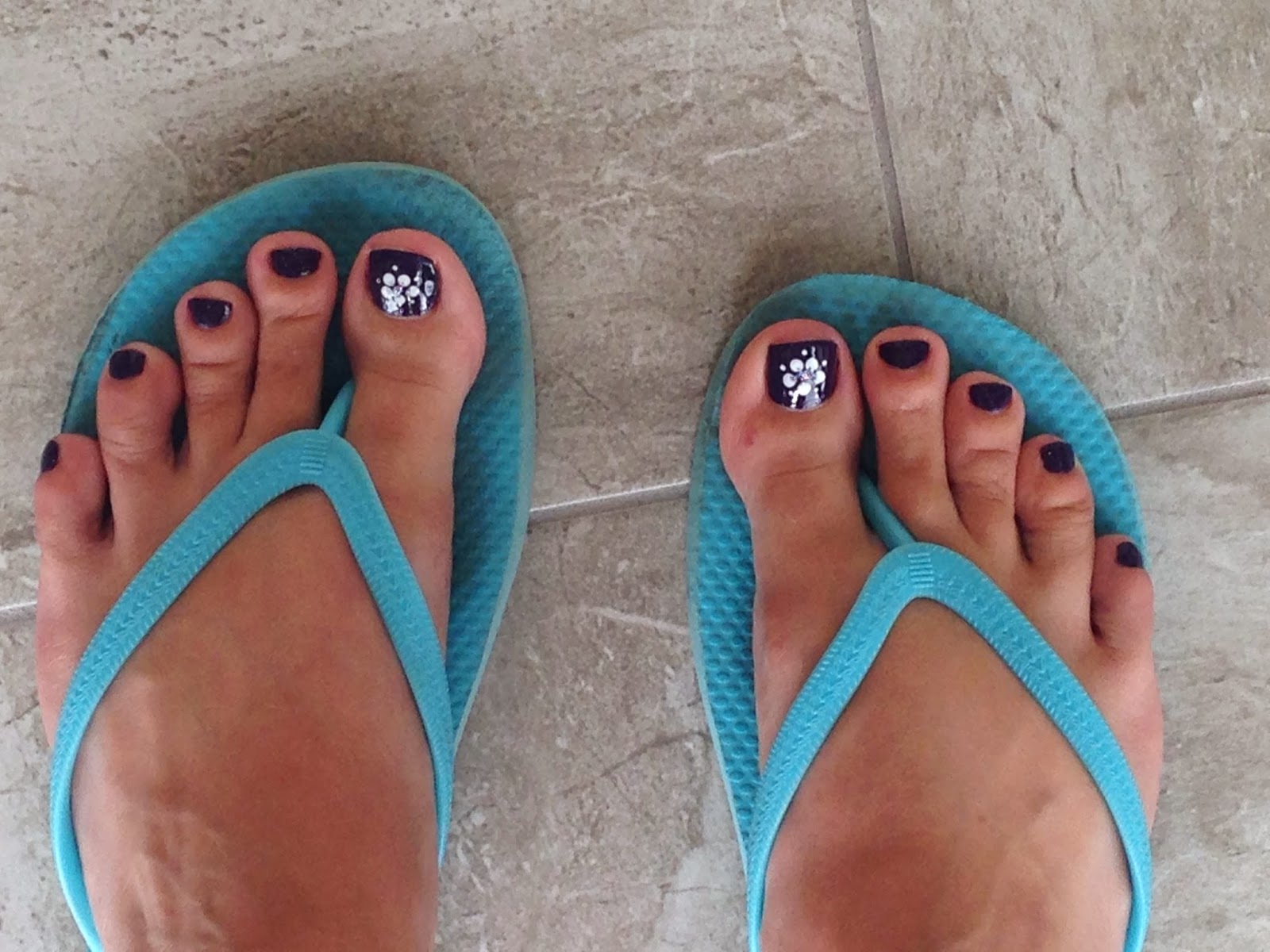 McNeil High School Homecoming.  So we are learning the Texas tradition of "Mums" for homecoming.  Mom's and significant others make their girls these giant obnoxious beasts that the girls wear on the day of Homecoming.  Many of the girls wear more than one!  Girls however are not the only ones who wear them, the boys wear slightly smaller versions made on garters around their arms.  The few mom's in our ward who have McNeil students got together and made these for our kids.  I spent about $25 dollars putting this together.  While buying the materials and seeing examples, I realized that people spend hundreds of dollars on these babies, all I can say is WOW! 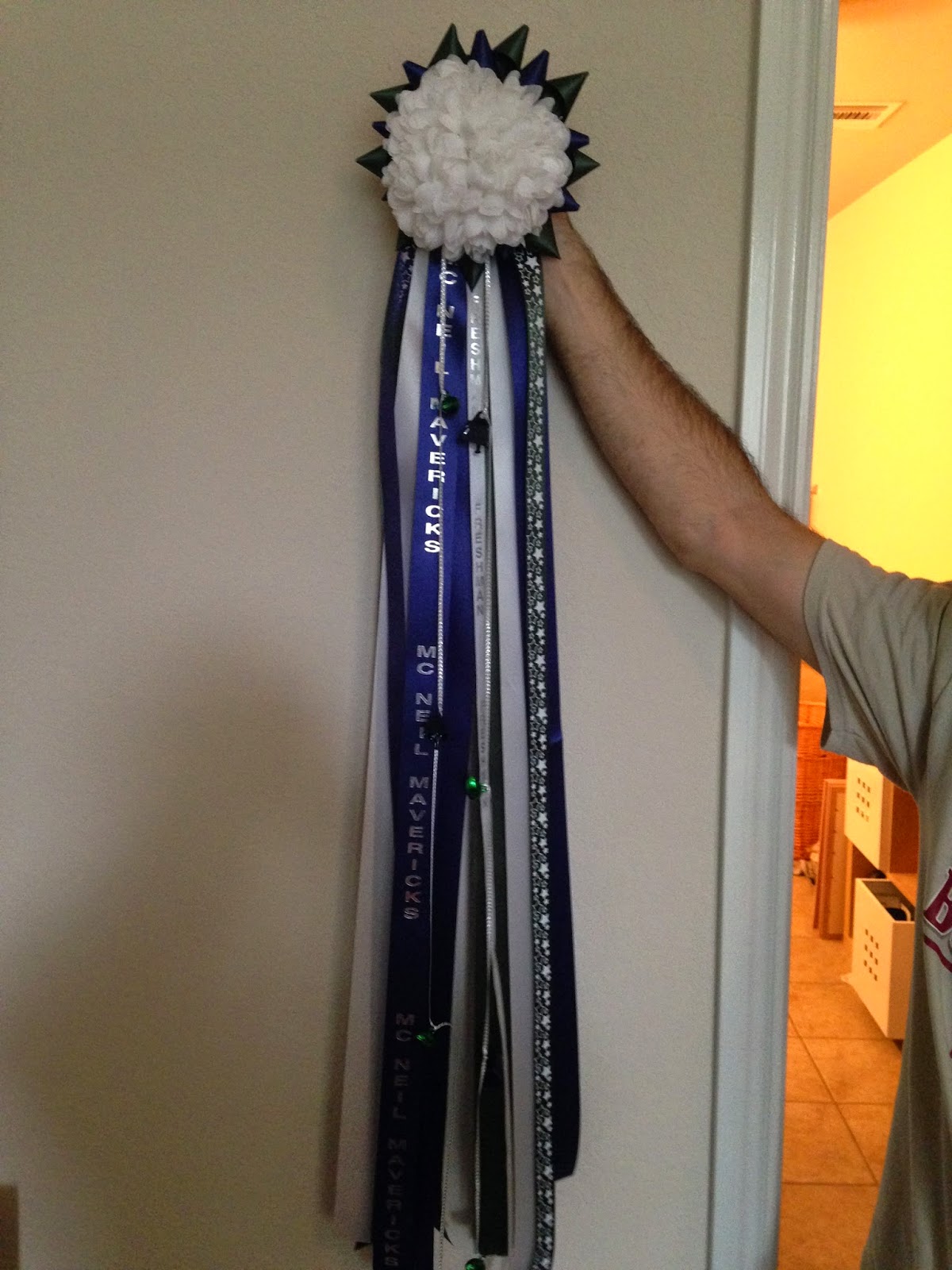 Sam is trying his hand at football too.  He is loving flag football.  We have discovered his ADHD is quite handy as he is one tough kid to catch!  His team is sooooo much fun to watch.  There are 2 Sam's on his team so his teammates and coach call him "Cheese Man" or just Cheese for short. 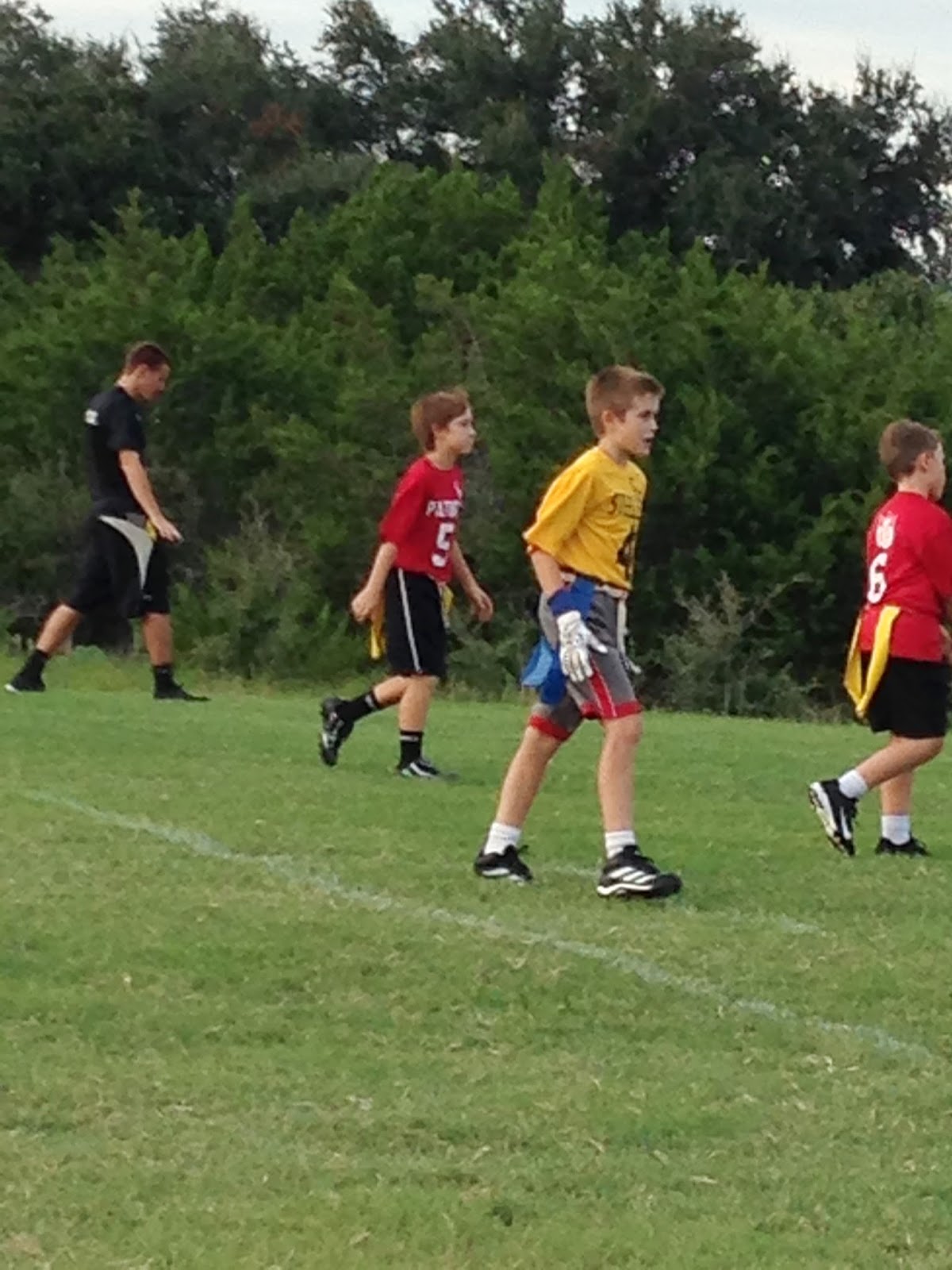 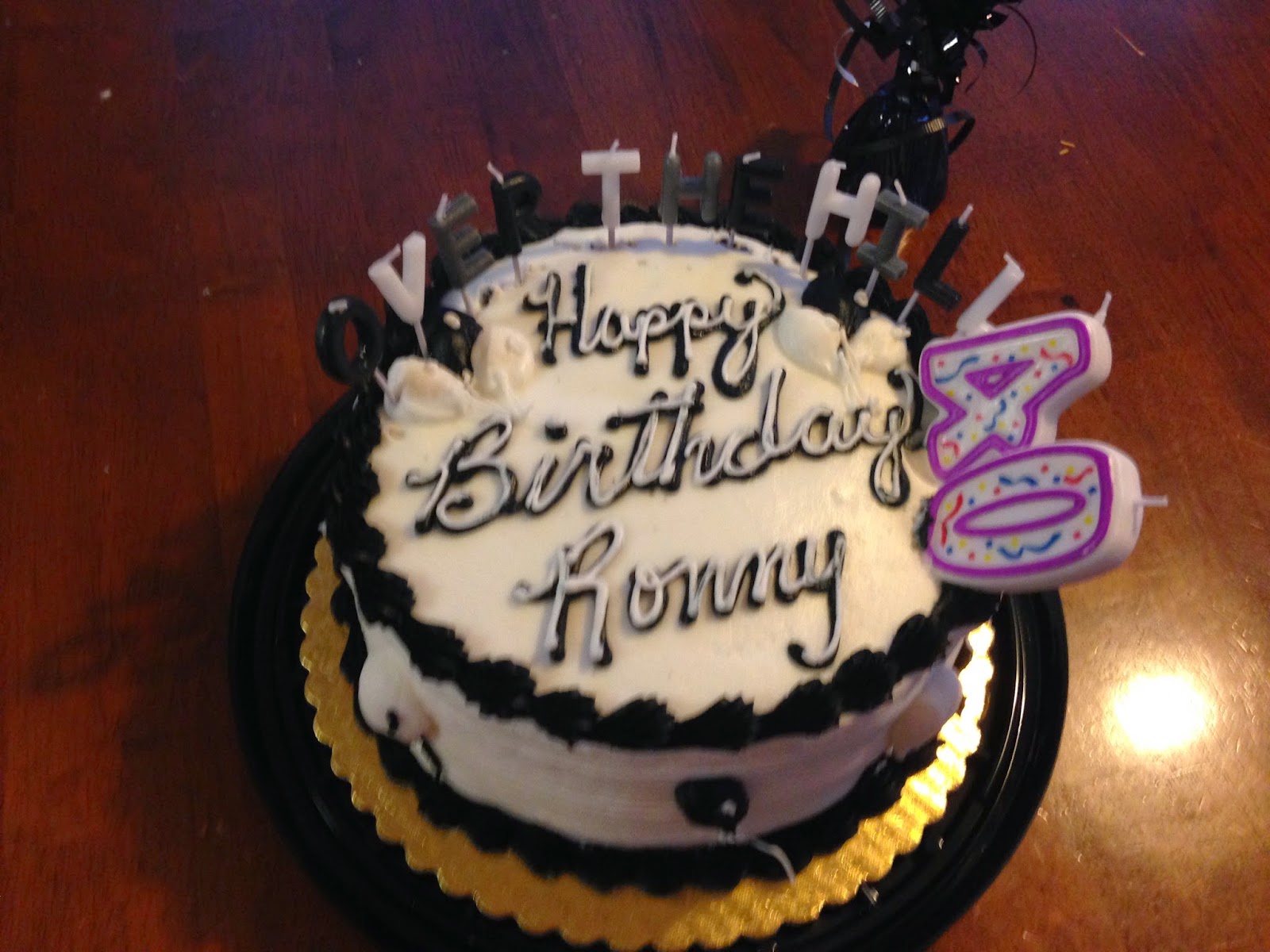 40!  Ronny went "Over the Hill"!  Well I guess this was technically October at this point.  This was a good week for my guy.  He had his first yearly review for Apple who loves him, was accepted as a 2015 runner for the Boston Marathon, and turned 40.  He is loving work as much as they are loving him working for them.  I love that he loves going to work each day so we are happy campers here. 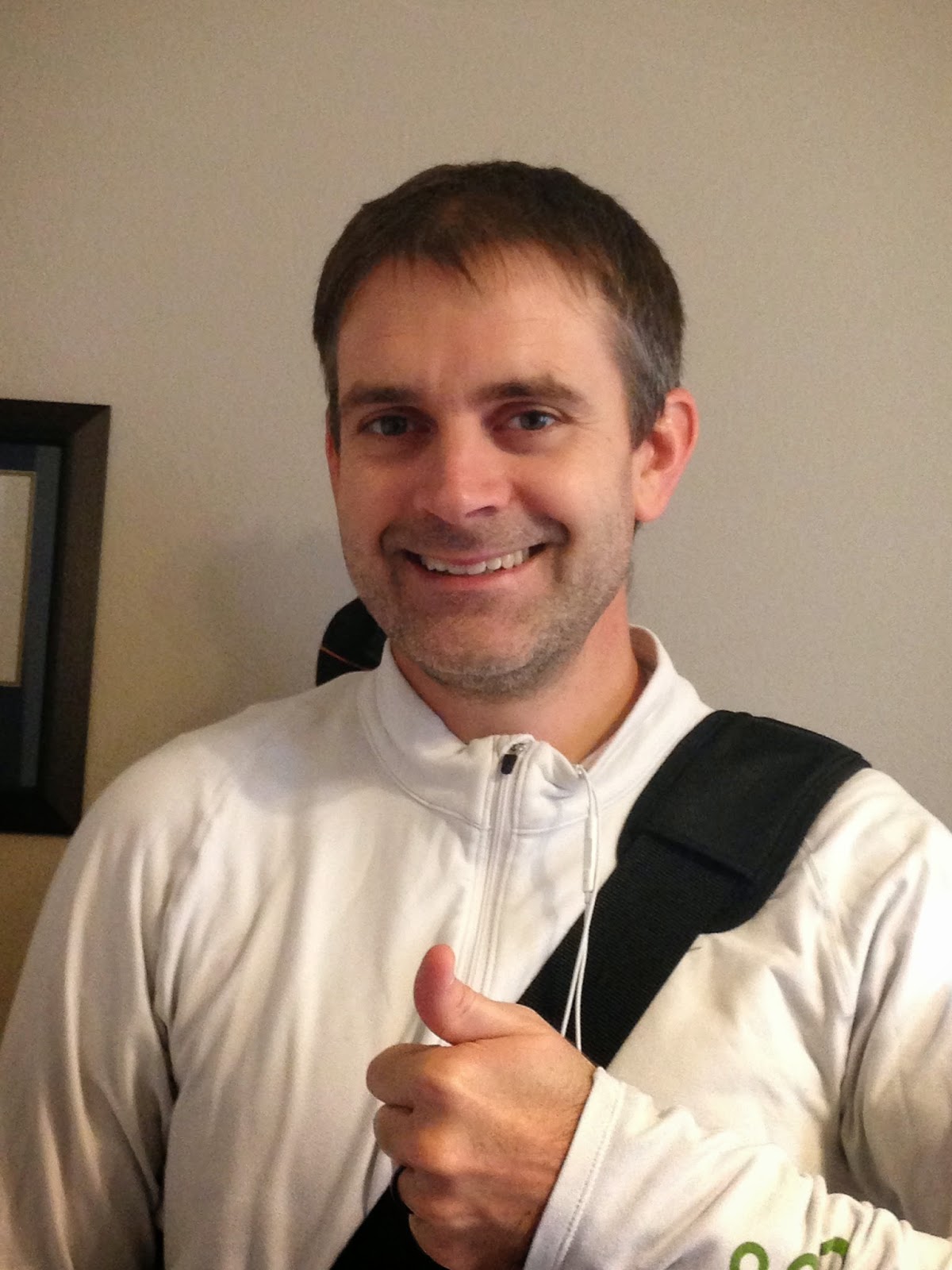 The kids are making great friendships this year in school and seem to be settling in so much more.  Ronny and I don't hear too many more grumbles about the move anymore and generally seem to have acclimated to life here.  I guess you know that you are starting to get used to the heat when you now comment about having a day in the 80's as a "cool" day!  So, unless the Lord tells us otherwise, we are here to stay....

Posted by bjarnason family at 7:09 AM

Hey, I dont know if you guys will ever see this, but in case you do, its Laina Reichelderfer. Ya know from elementary school? Anyways, I just thought I would get back in touch with you guys. If you see this and want to contact me my e-mail is lainabrain11@outlook.com. Hope to hear from you soon!