A Few Things We've Been Doing 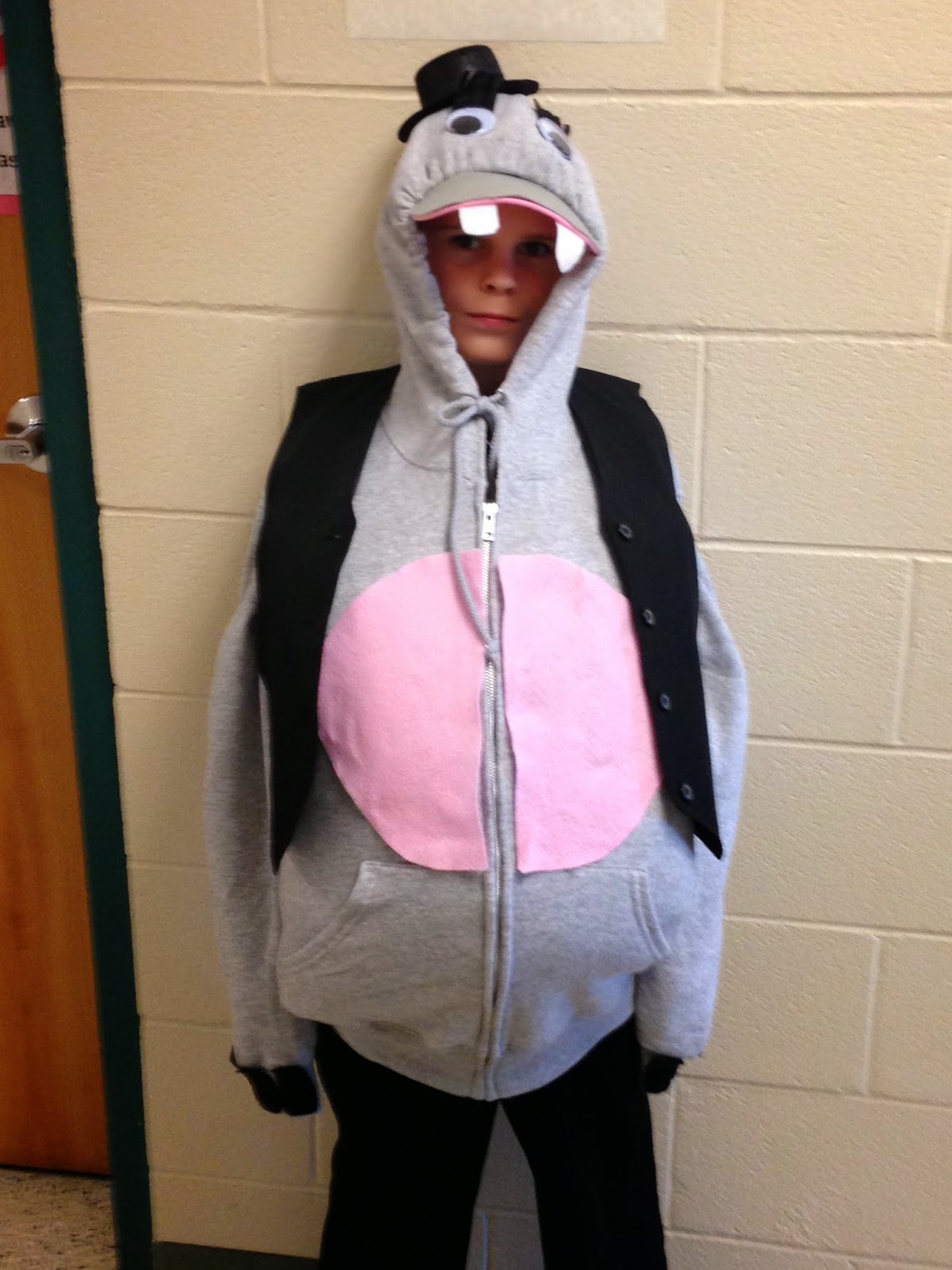 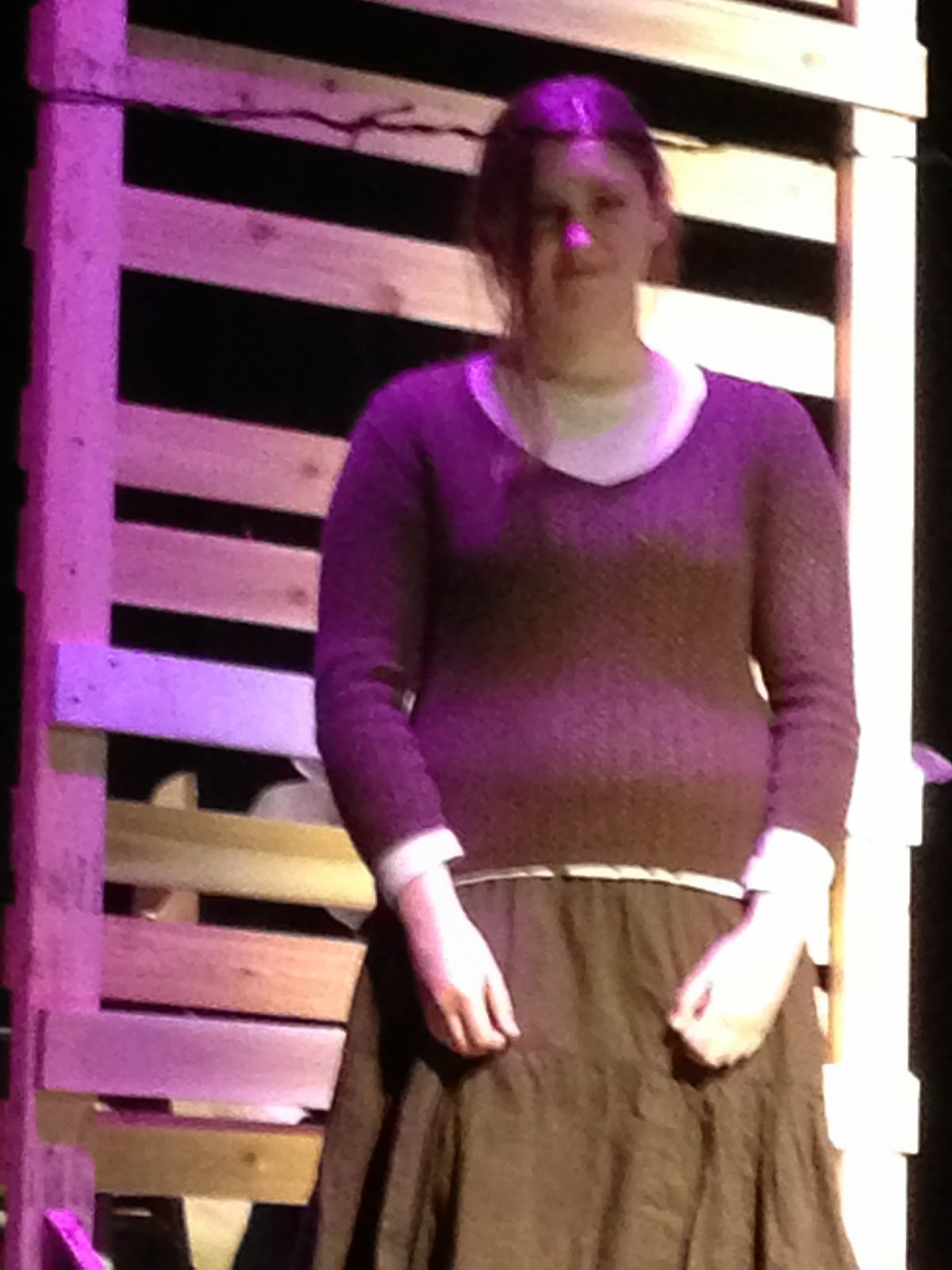 I know I am way behind on the updates again but here we are.  March brought all kinds of events to our house.  Plays for both Joseph and Charley that needed costumes.  (If you know me, this is sooooo not my thing!)  Joseph needed a lounge singing hippo costume and Charley needed a Jewish child in World War II costume.  How'd we do???  Joseph also had a choir performance the same night as his play in two different places of course, and also the same night as scouts and New Beginnings.  That was one busy night! 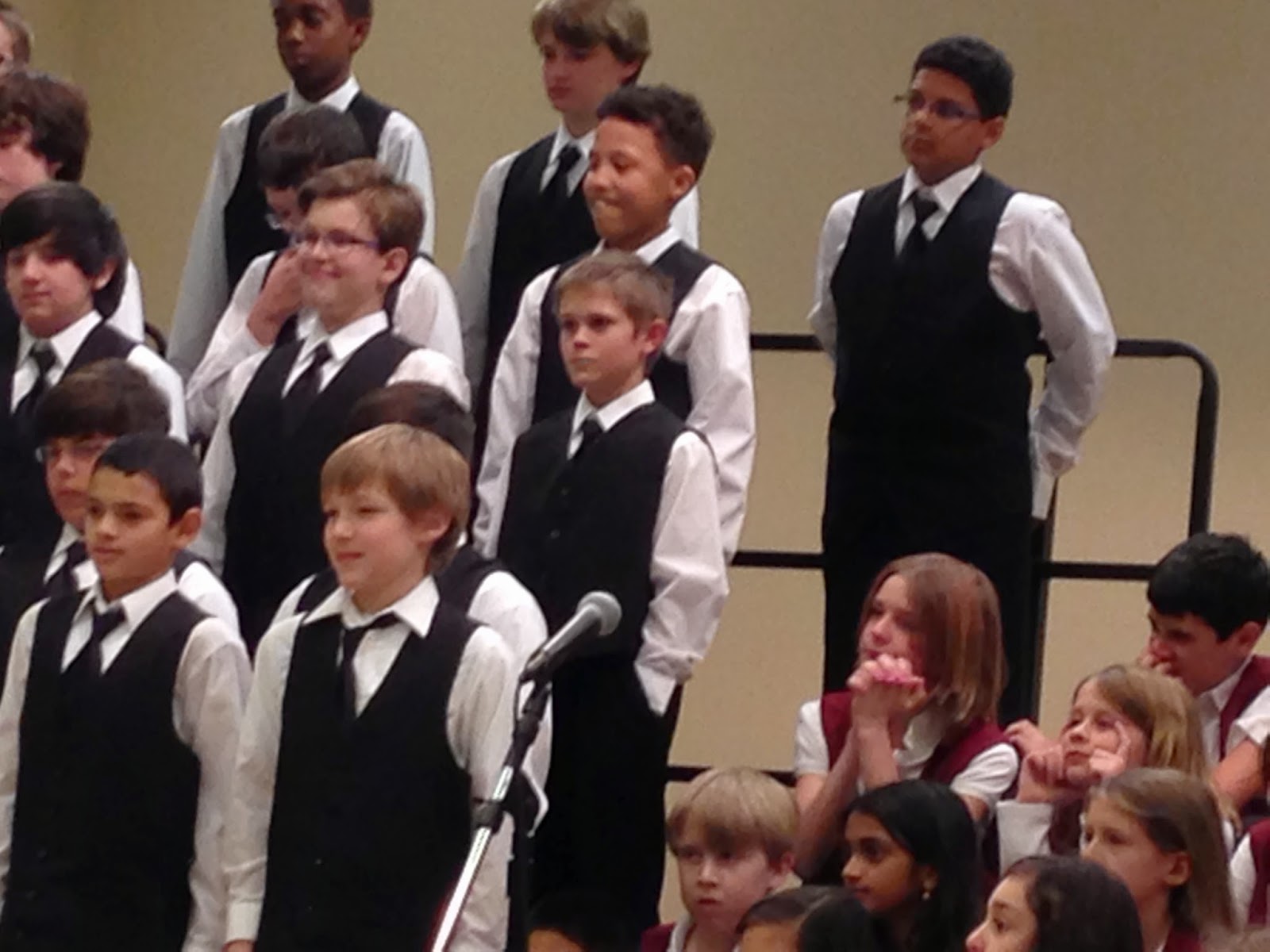 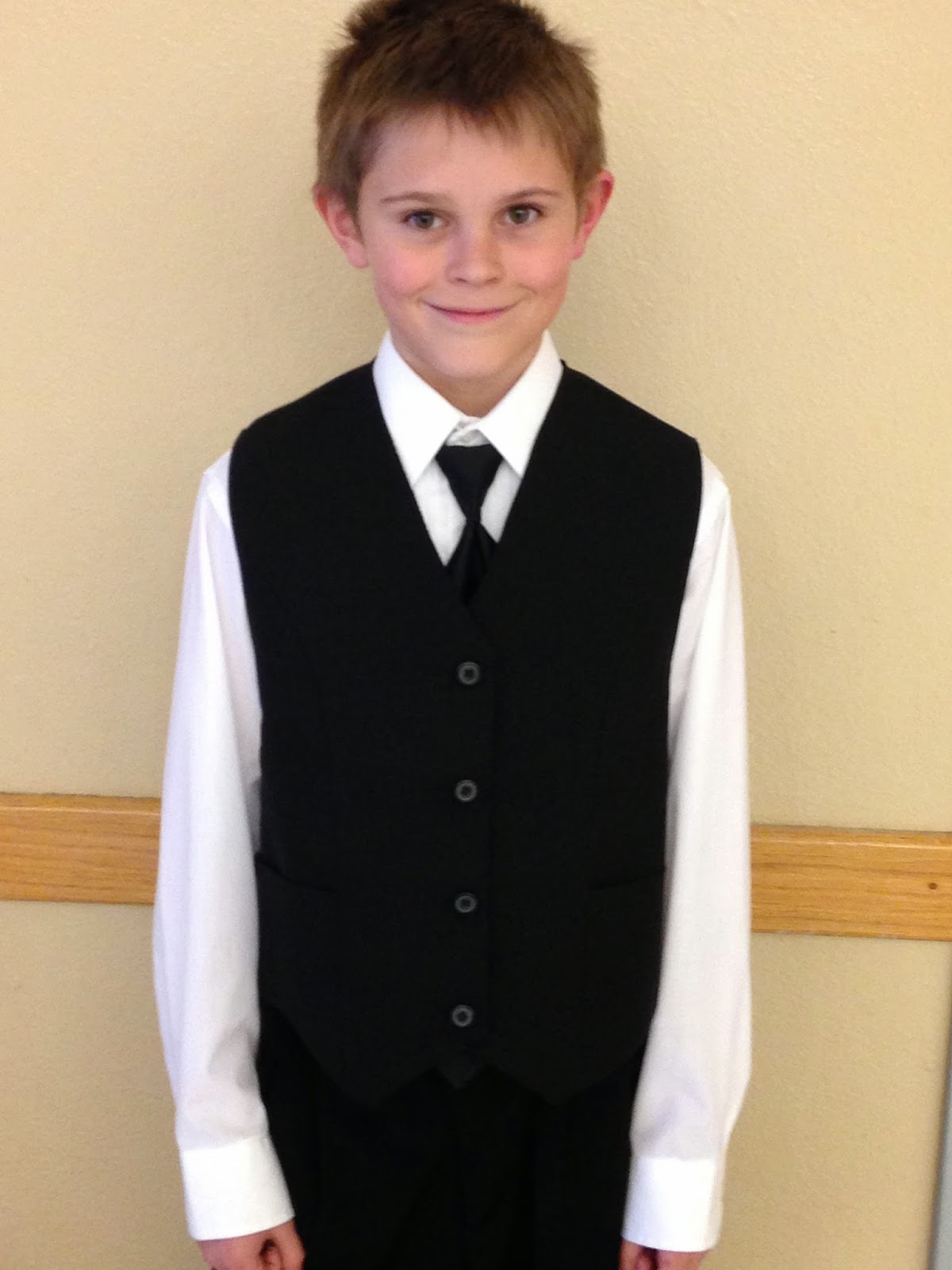 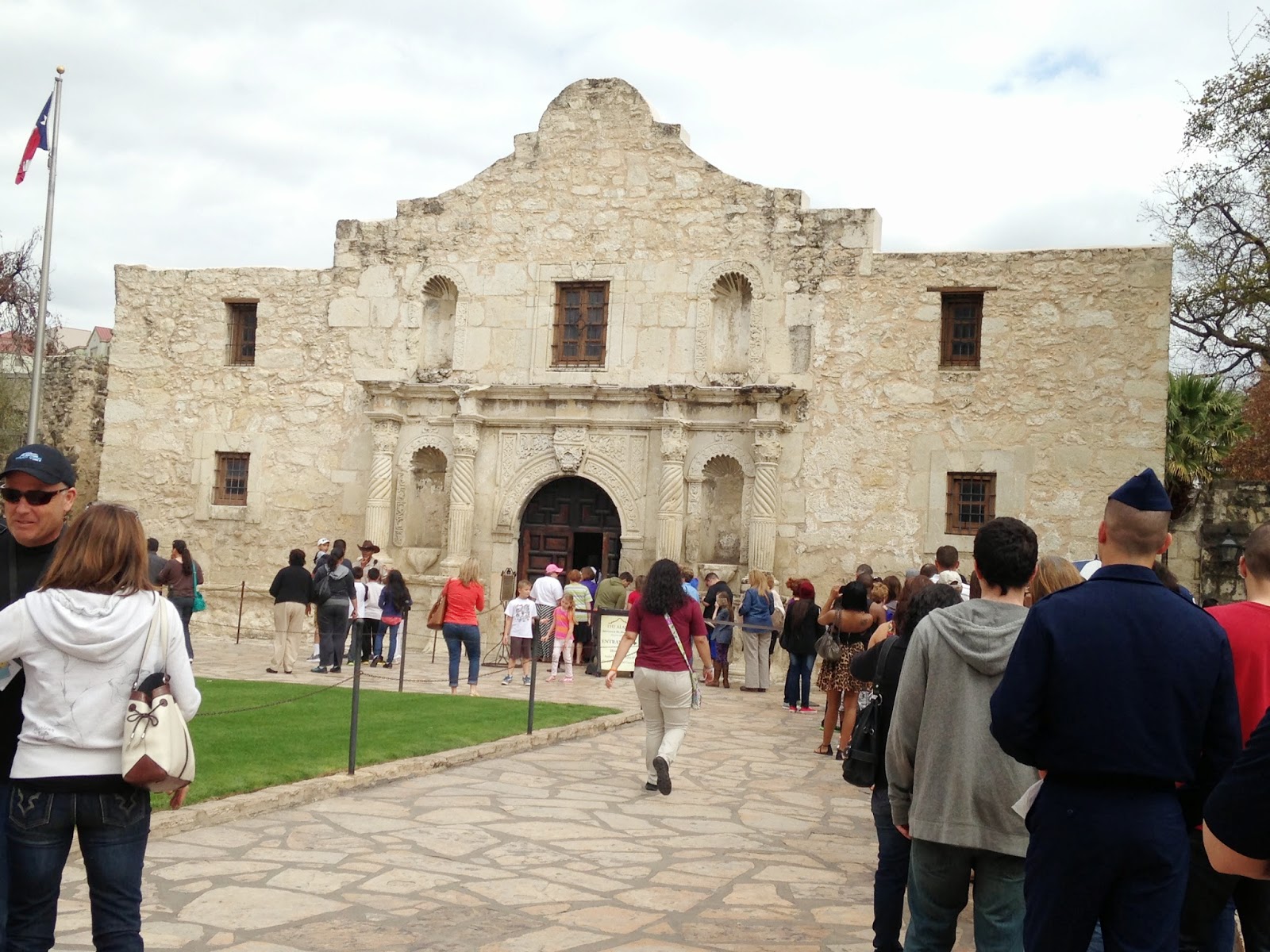 During Spring Break the Stenson family drove up from Houston to play.  We spent one day in San Antonio touring the Alamo.  We also had fun figuring out whether or not their van tire needed to be fixed and was surprised to have a homeless man stop and give us a hand.  It was one crazy day!  We are soooo glad to be close to this great family again! 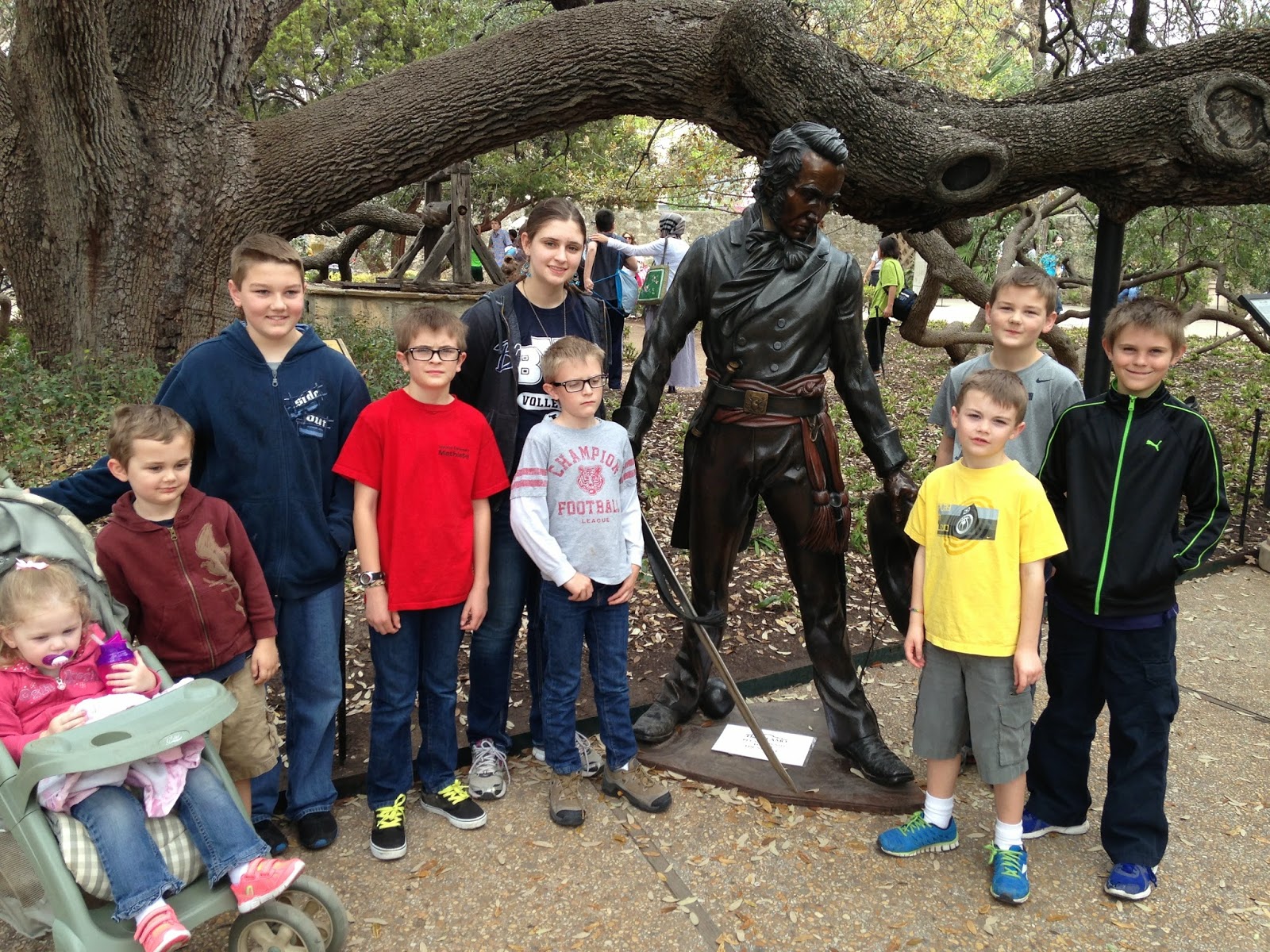 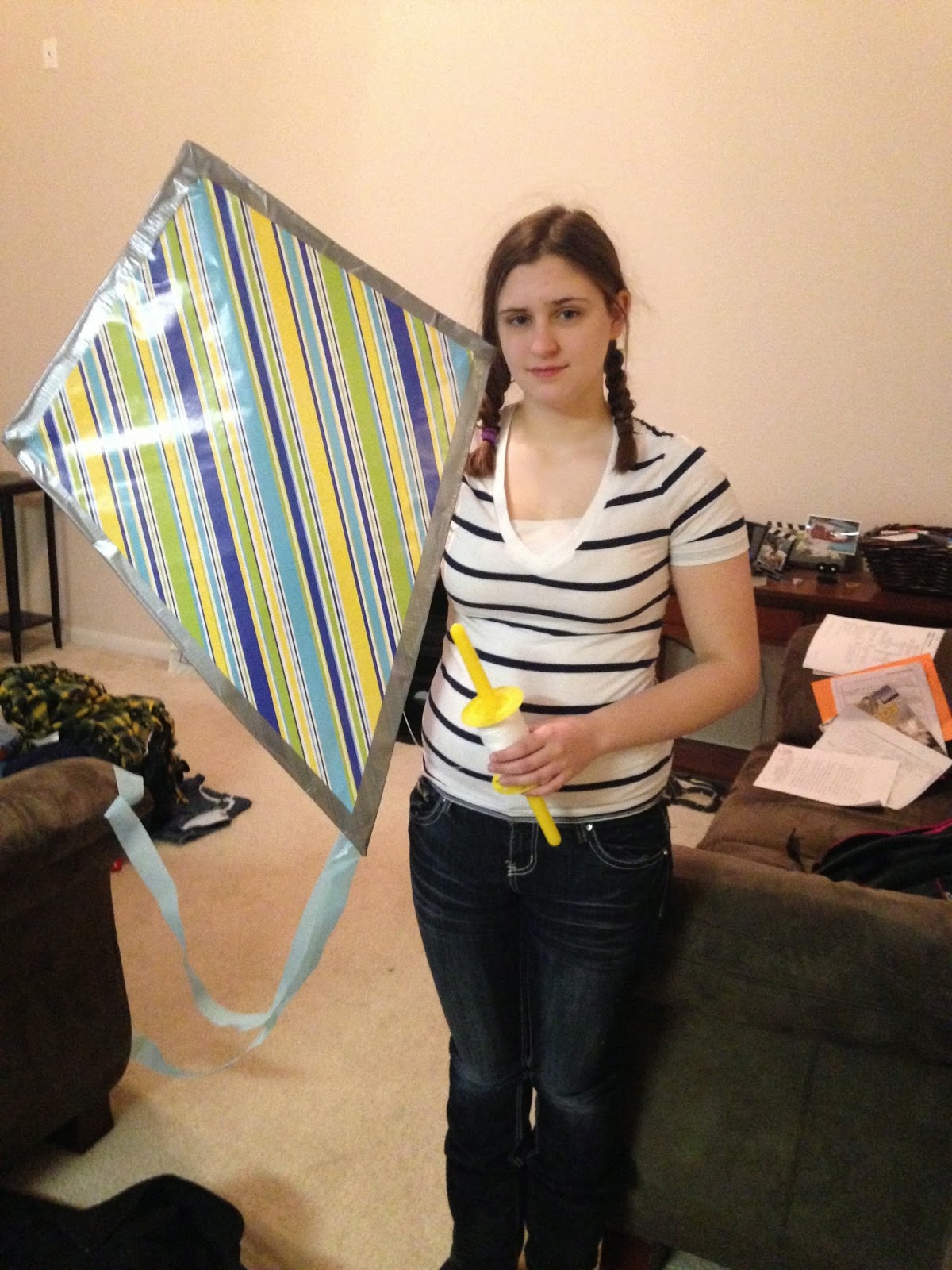 Charley had a Geometry project to build a kite and video herself flying said kite.  I quickly learned that she needed a lesson on kite flying.  This prompted the following weeks family night activity. 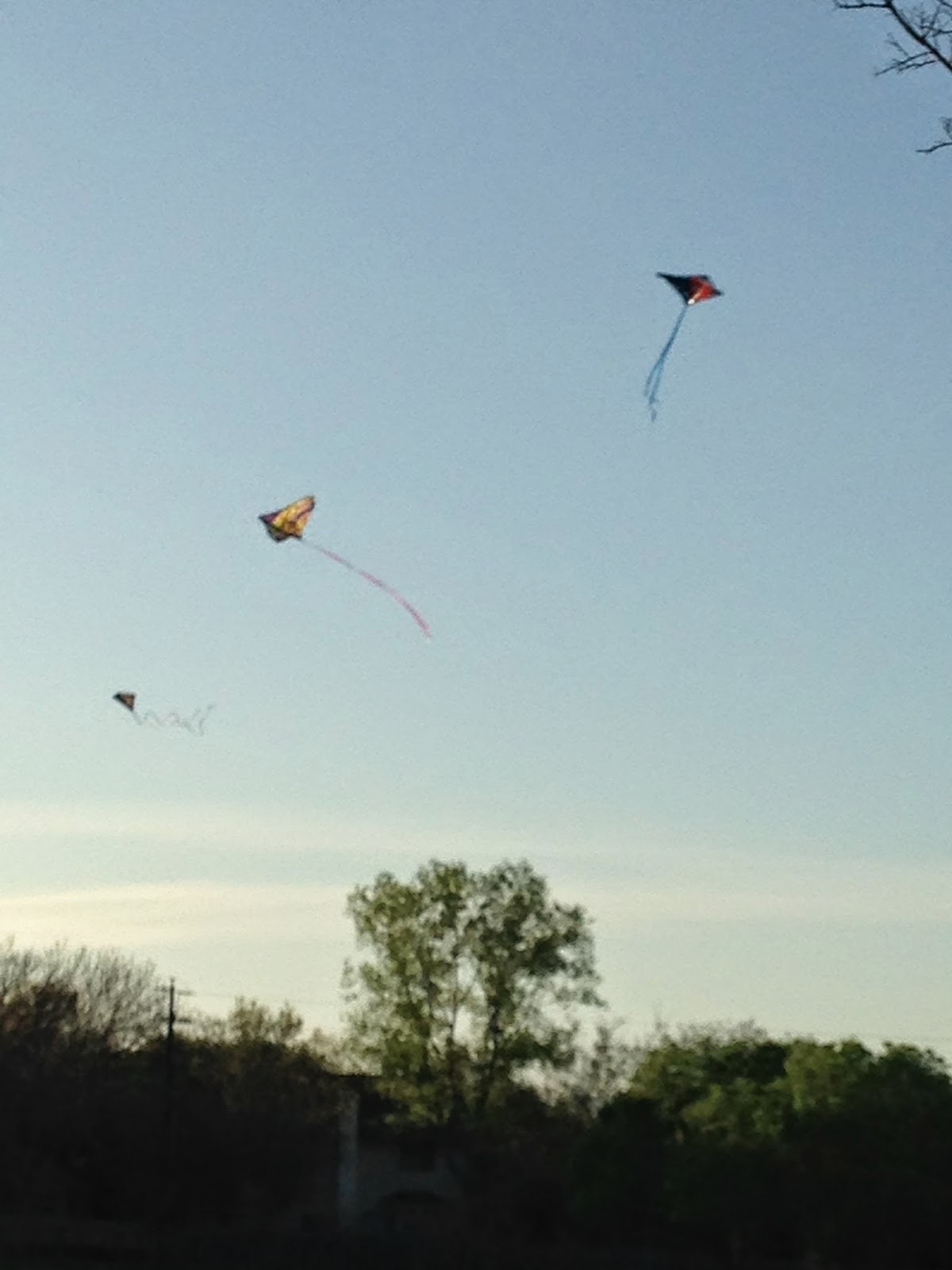 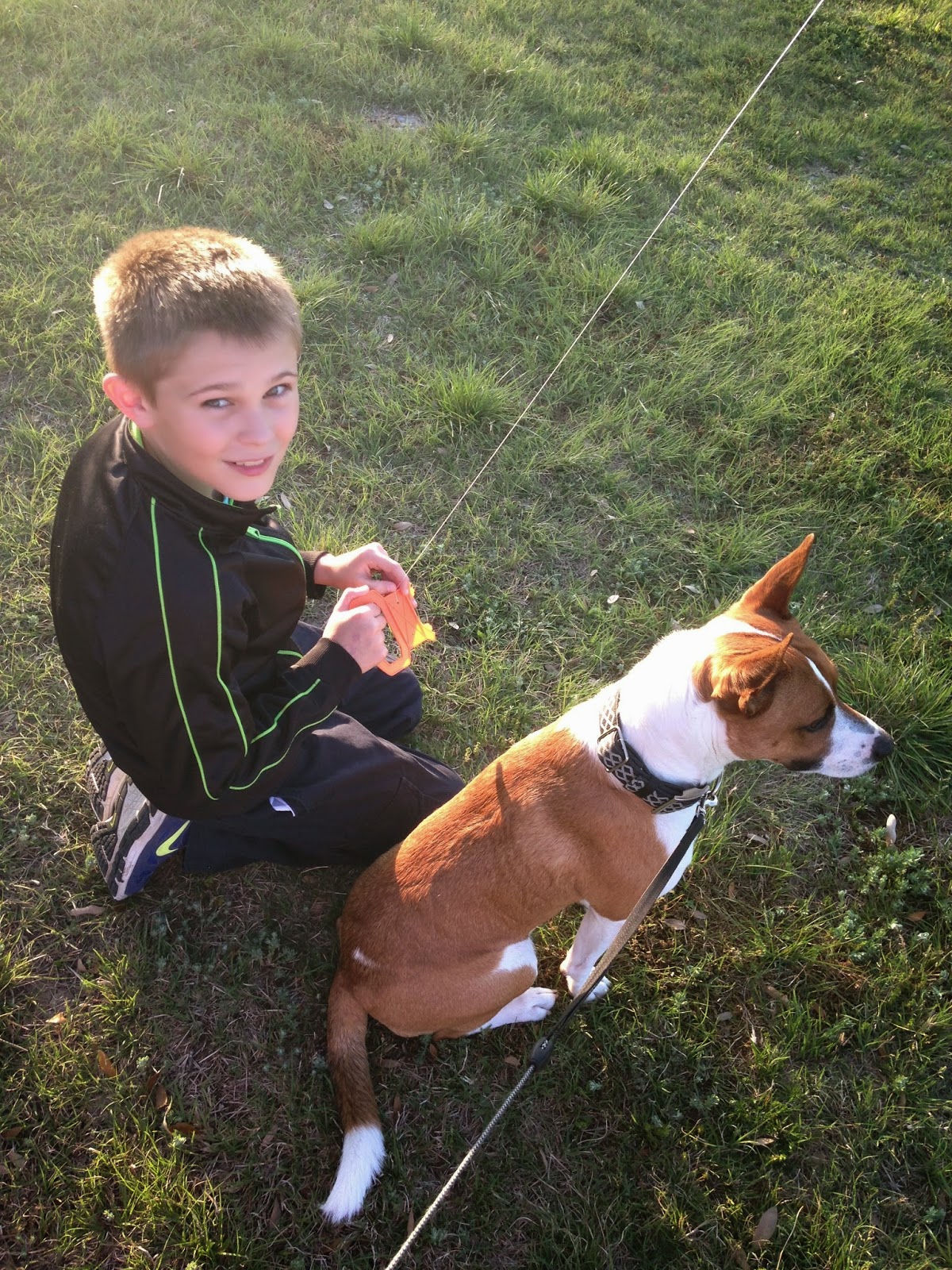 Clearly we still have room for improvement! 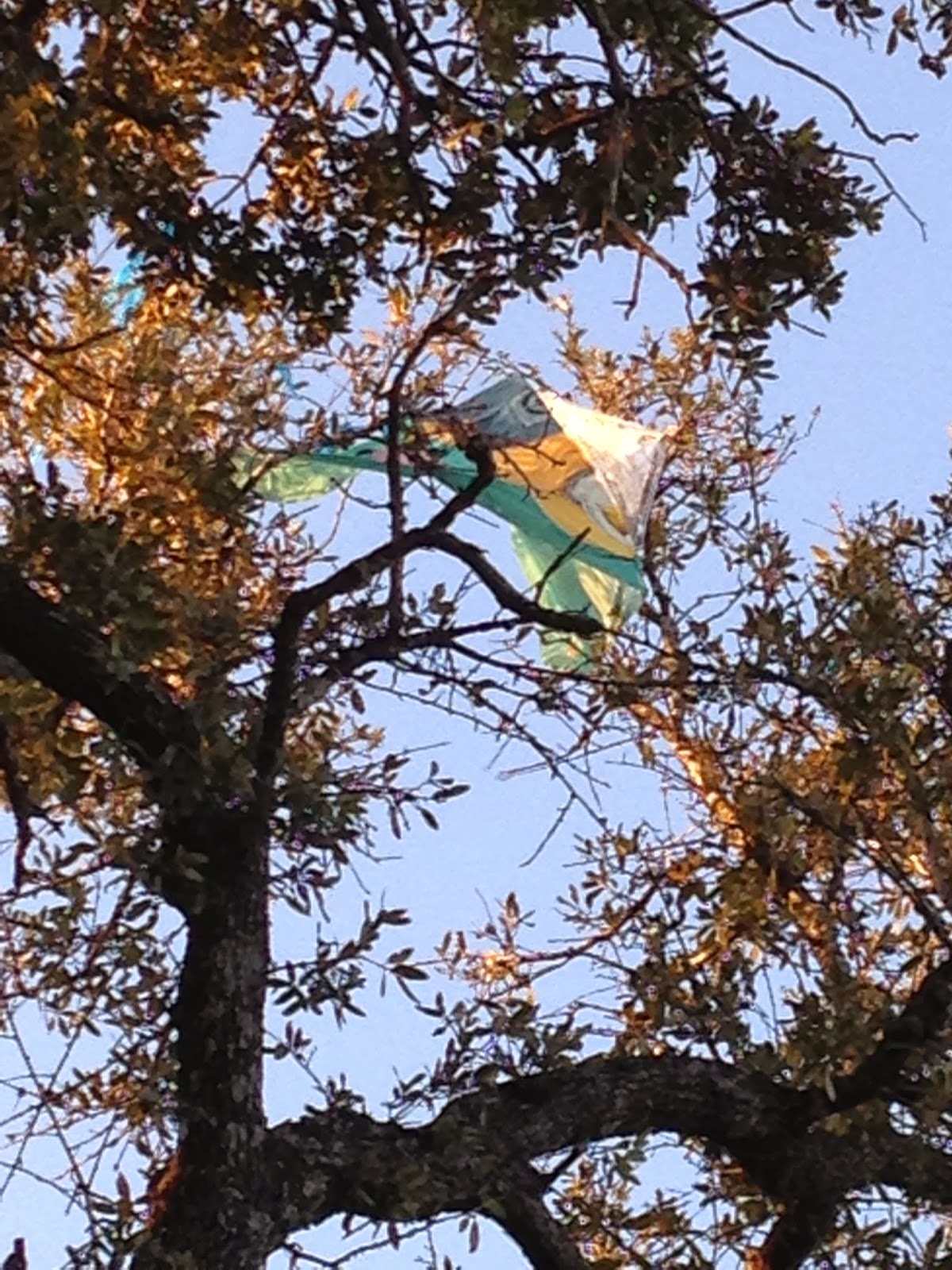 Ronny decided to break down and buy a new lawnmower instead of hiring a gardner while we are in our rental.  Ben insisted he be the first one to mow the lawn.  He was sooooo excited.  Hopefully he still feels that way in a few years! 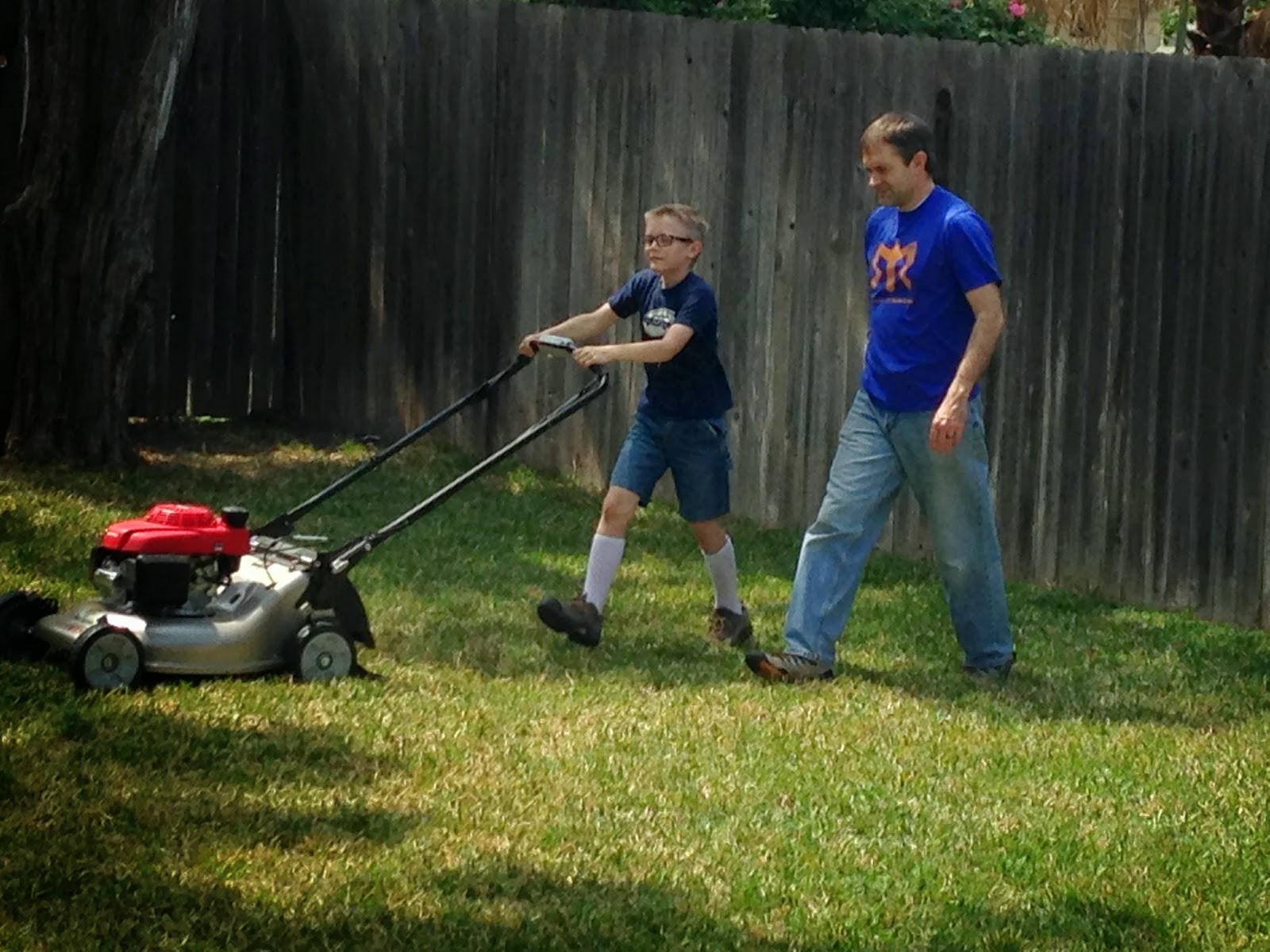 Harley knows the kids schedules, and anxiously awaits their arrival home each day. 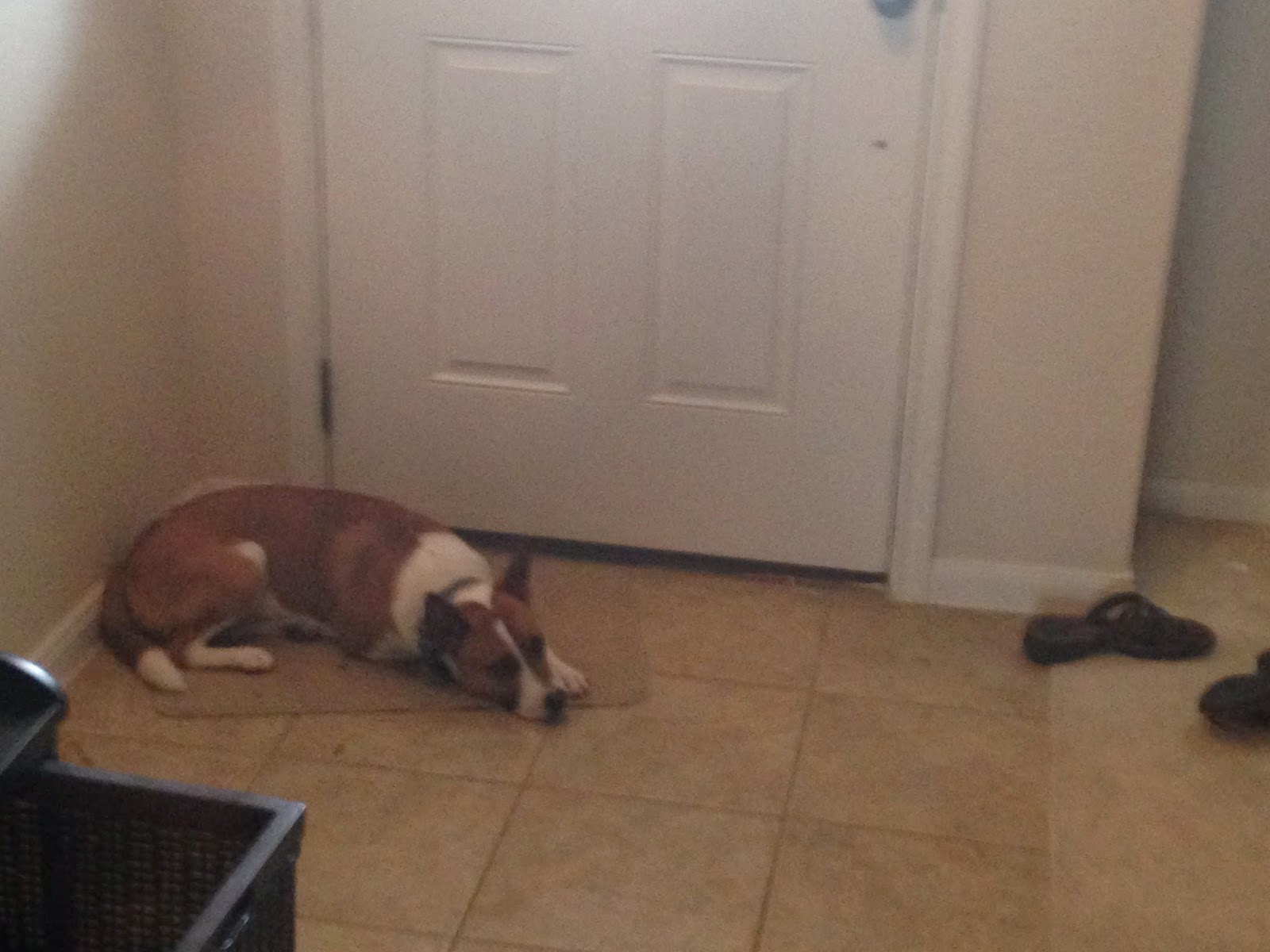 Ben discovered climbing fences is not alway so much fun.  He also learned to "Let Go" when prompted! 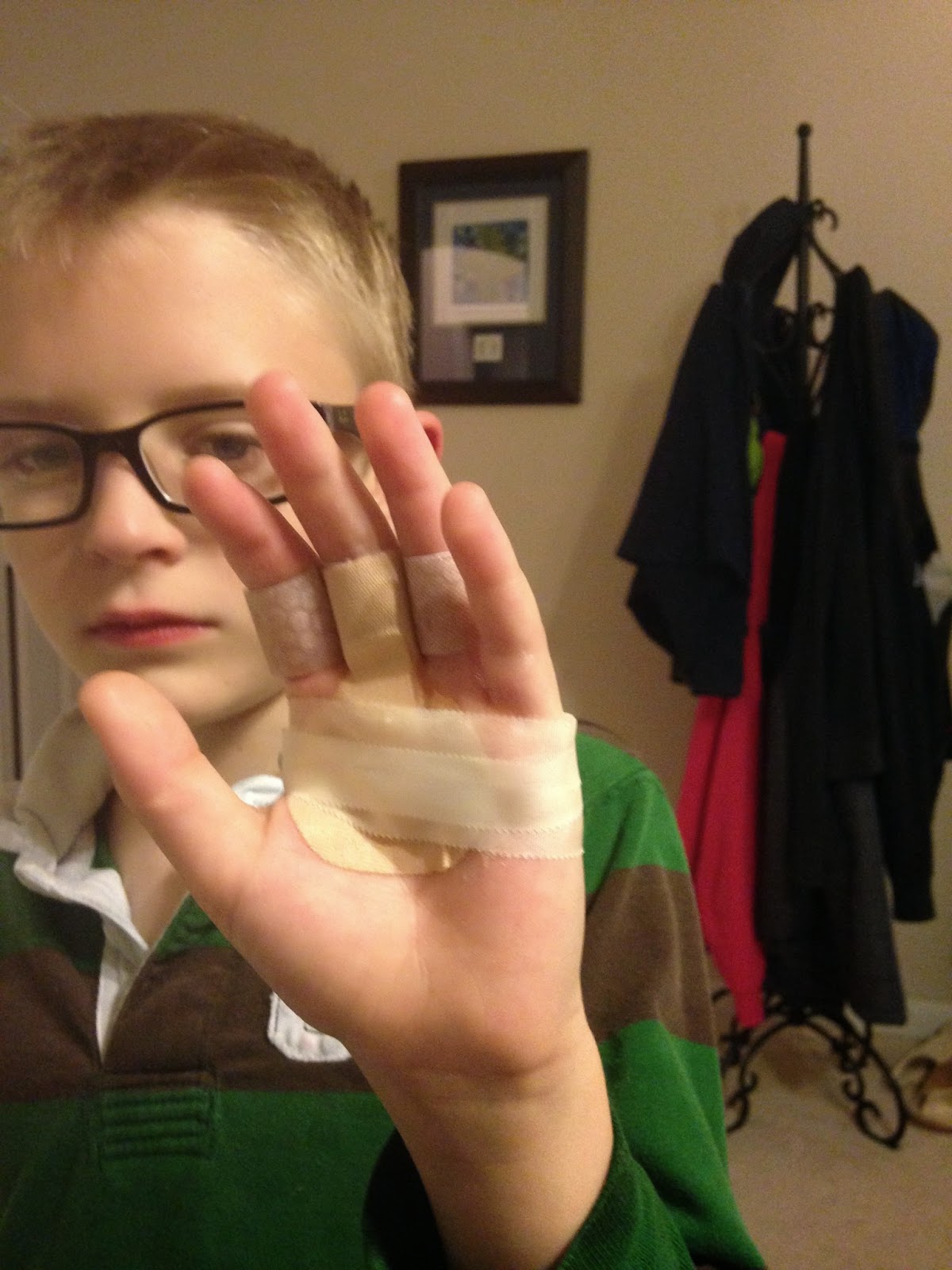 Joseph earned an award for being an excellent student from his P.E. teacher.  Bet you can't guess what his favorite class is???? 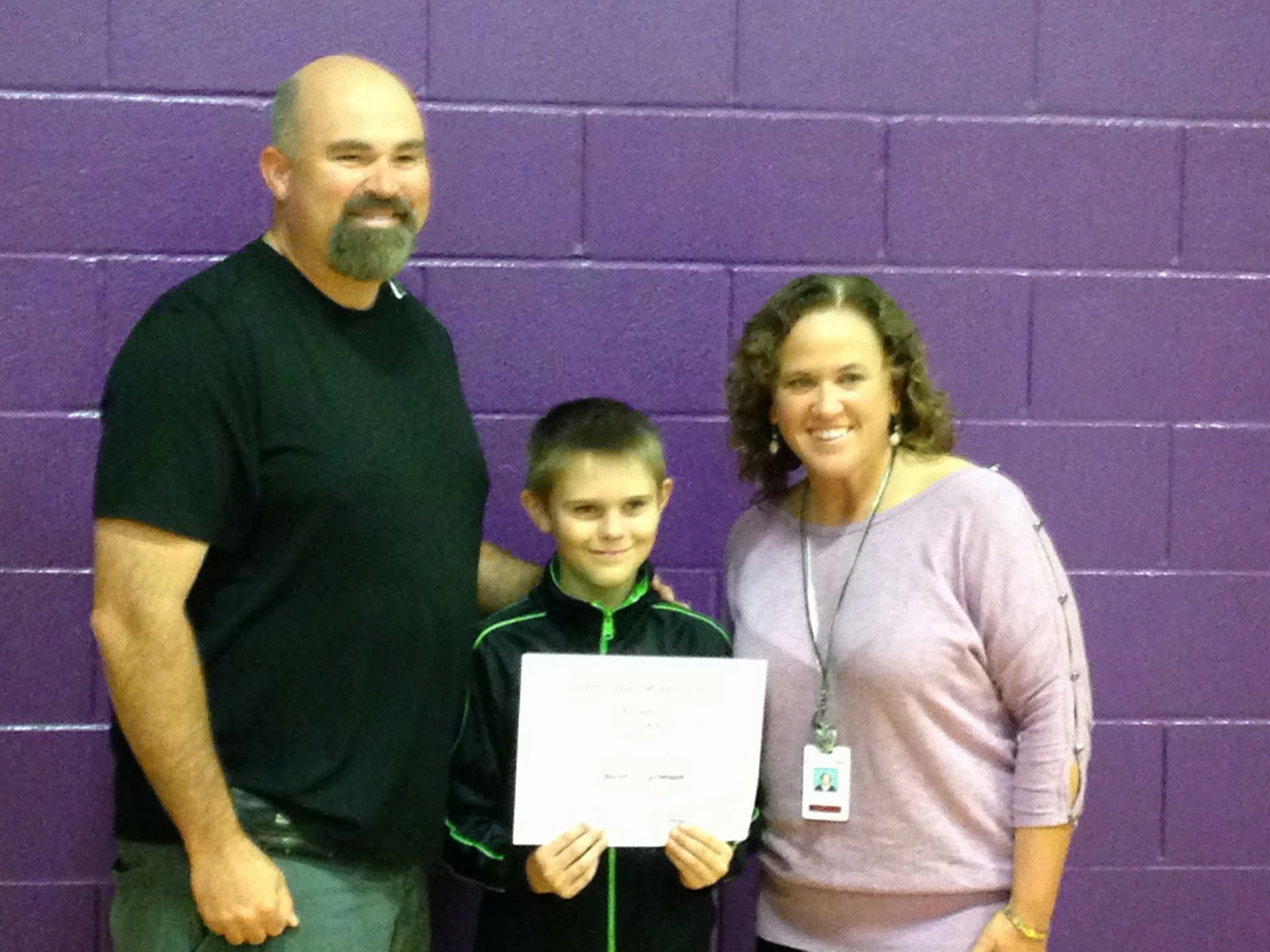 All 3 boys earned achievements in scouts this last month, though I don't have a picture of Joseph.  Ben earned his Bobcat, Sam earned his Webelo, and Joseph earned his Tenderfoot, along with other belt loops, activity badges, and merit badges. 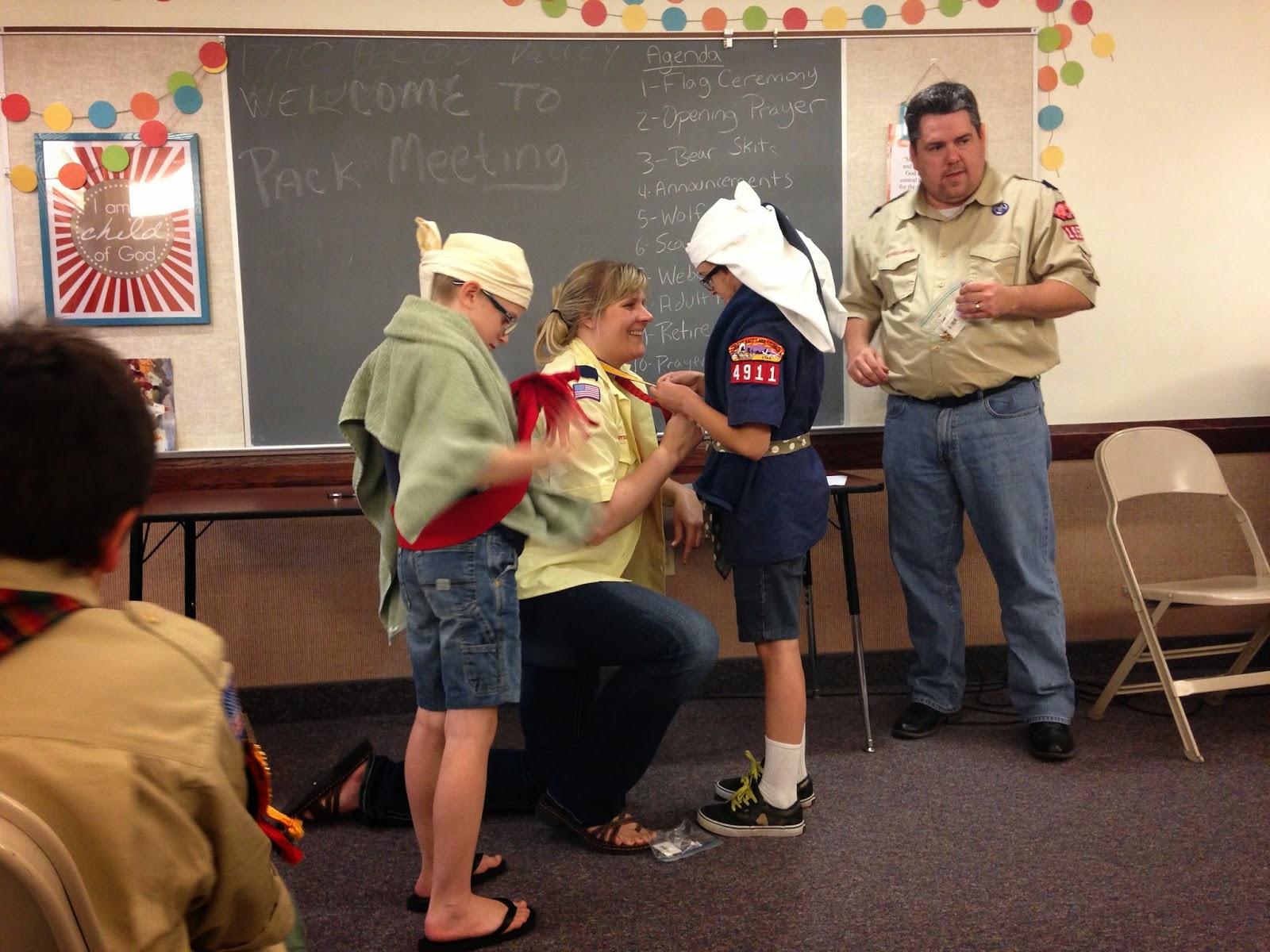