July started off with Charley heading to EFY in San Antonio.  Mom made her get a haircut before heading out.  She picked the cut.  I think its super cute, she's still undecided.  Charley was not happy she was headed to San Antonio instead of Provo but at the end of the week she announced she was soooo glad she went to San Antonio and wants to return again next year.  Success!  She roomed with another young woman in our ward and they have become great friends, hooray! 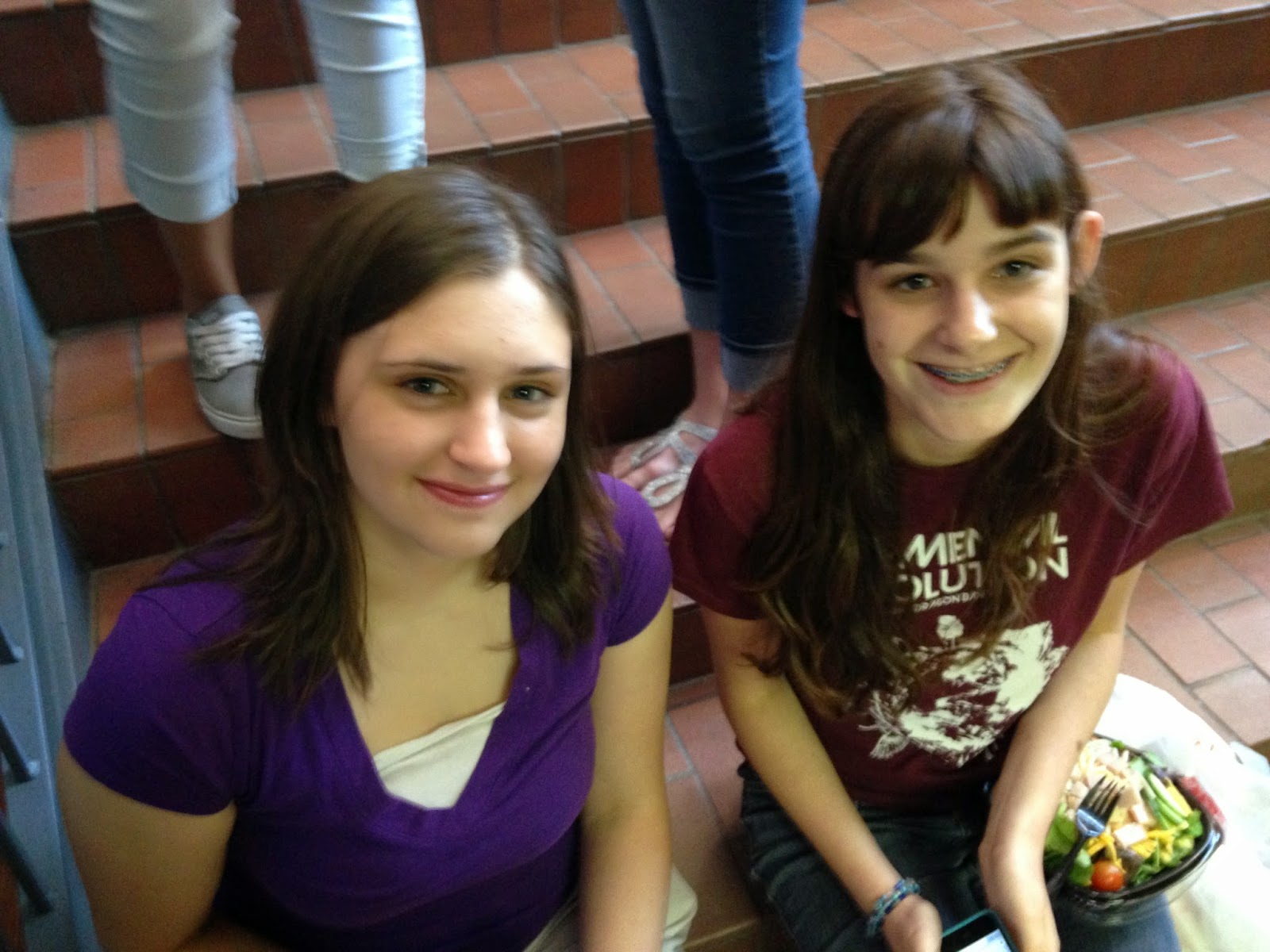 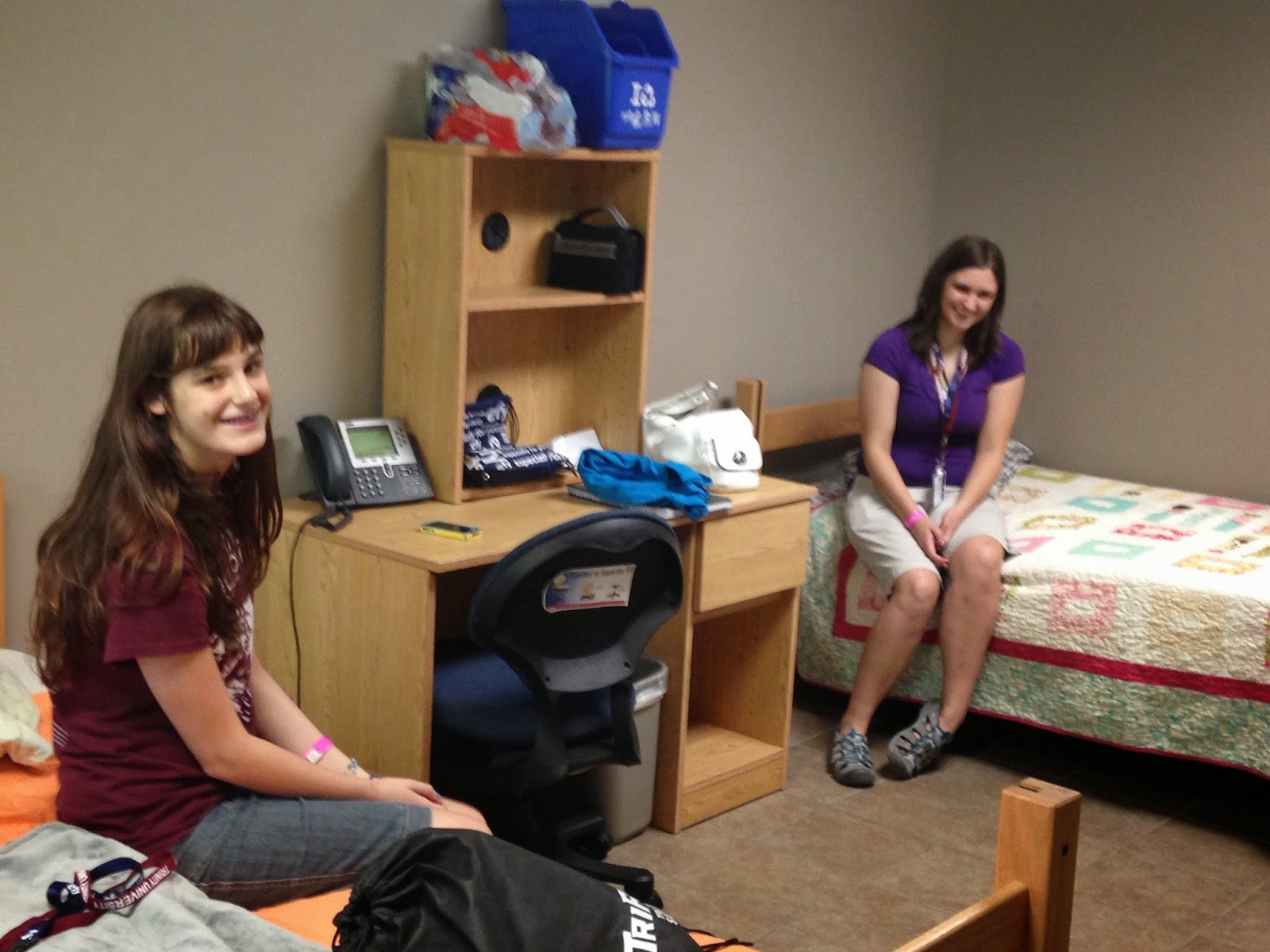 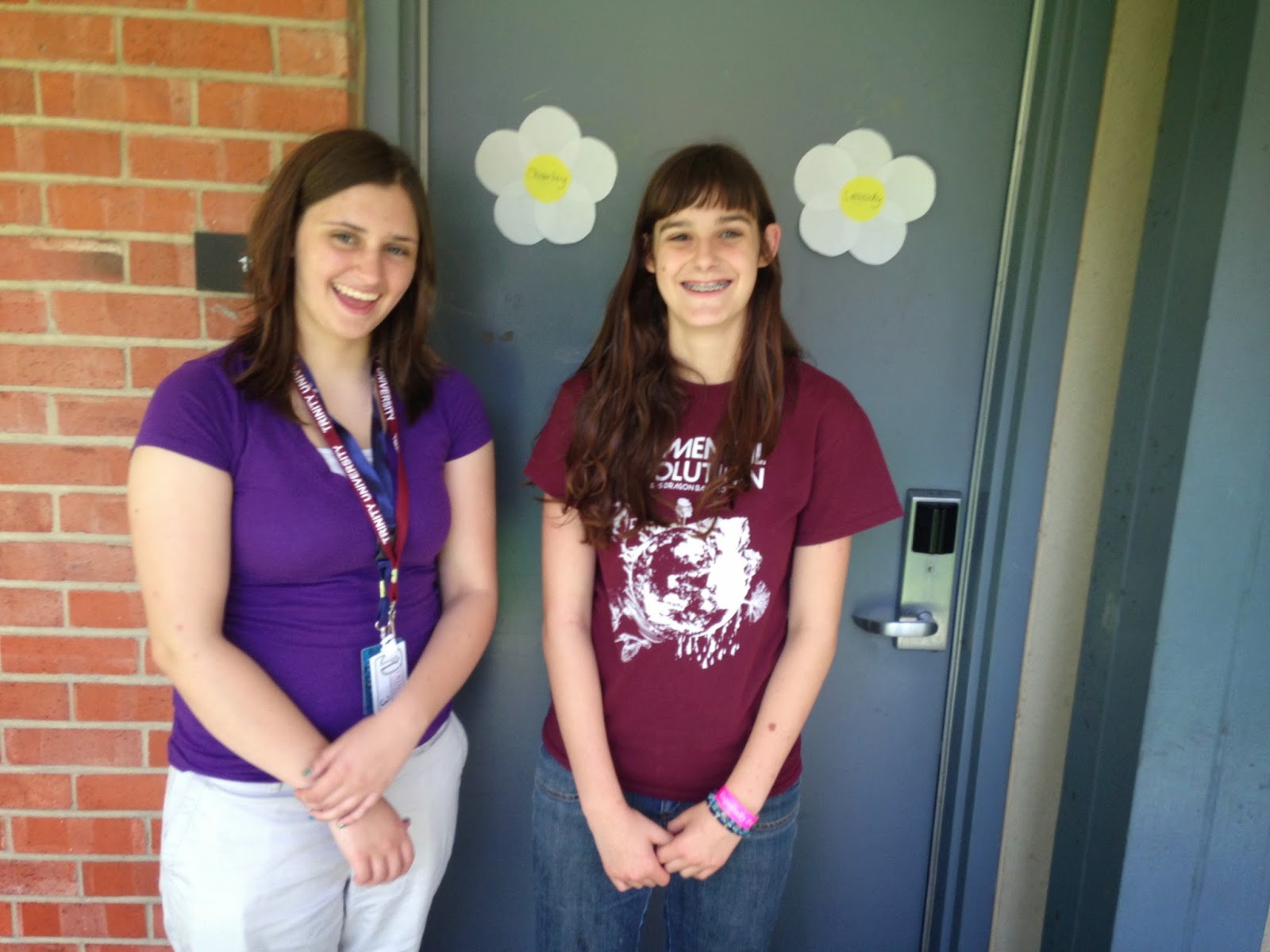 Charley was also put into the group with the young woman from Spring, TX who tragically lost her parents and all her siblings just 2 weeks after EFY.  Charley took the news of her friend's loss pretty hard.  Our heart and prayers go out to Cassidy and the entire Stay family.

We enjoyed our first 4th of July here in TX.  We surely missed our normal ward breakfast in SoJo but found our local park put on quite a bash.  We found the neighborhood does a great parade just down the street from us and the community goes all out with fun things at the park.  The local fire department comes with their ladder trucks and sprays us all down with their hoses from the top of the ladder.  Then there is just about every kind of blowup bouncy house, joust, rock wall, water slide you can think of at the park as well as a barbecue fired up.  We ended the night with a few small fireworks out front with our neighbors across the street, and a few bigger ones from neighbors down the street.  Everyone was saying how great it was that the temperature was only in the 90's.  I have to say we were grateful too! 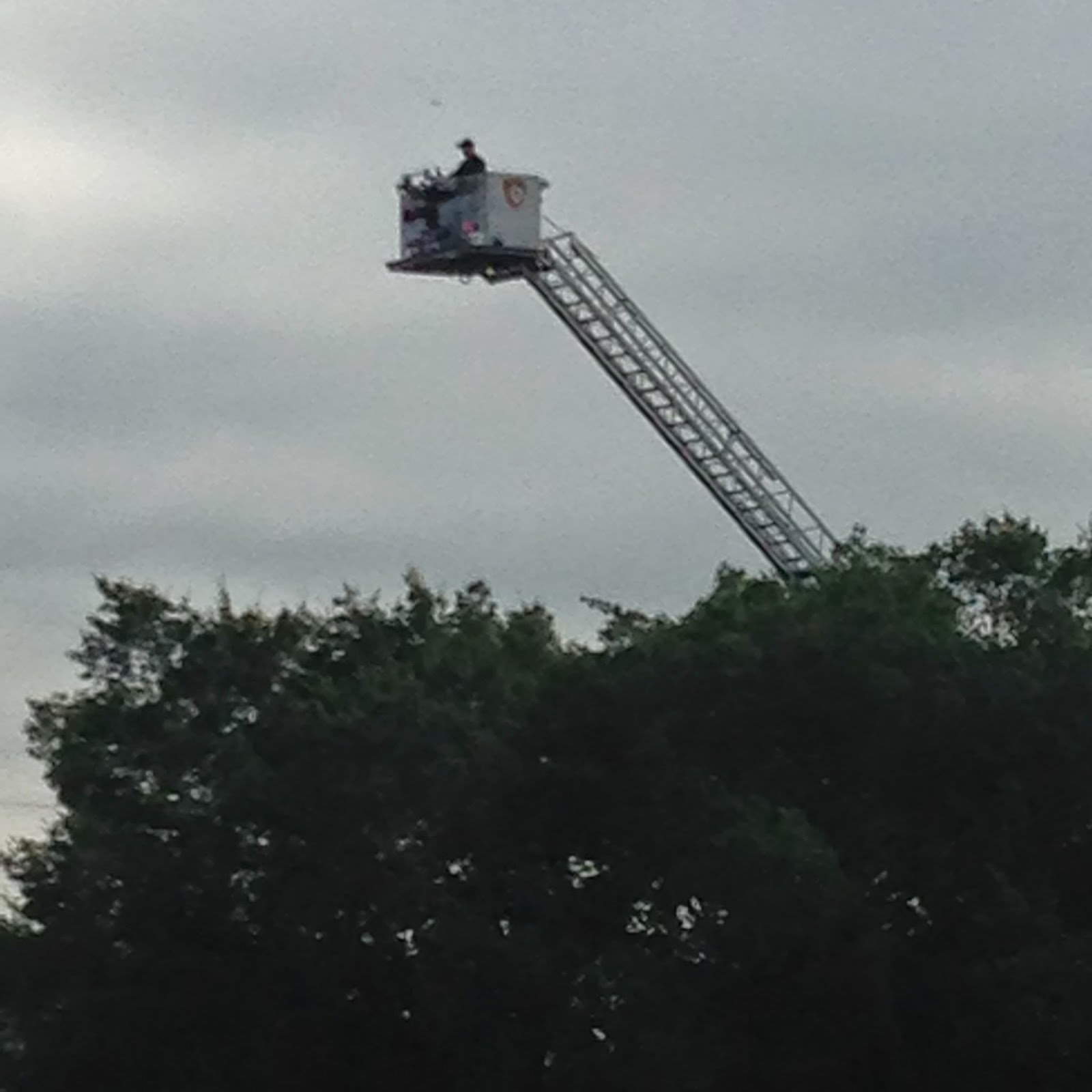 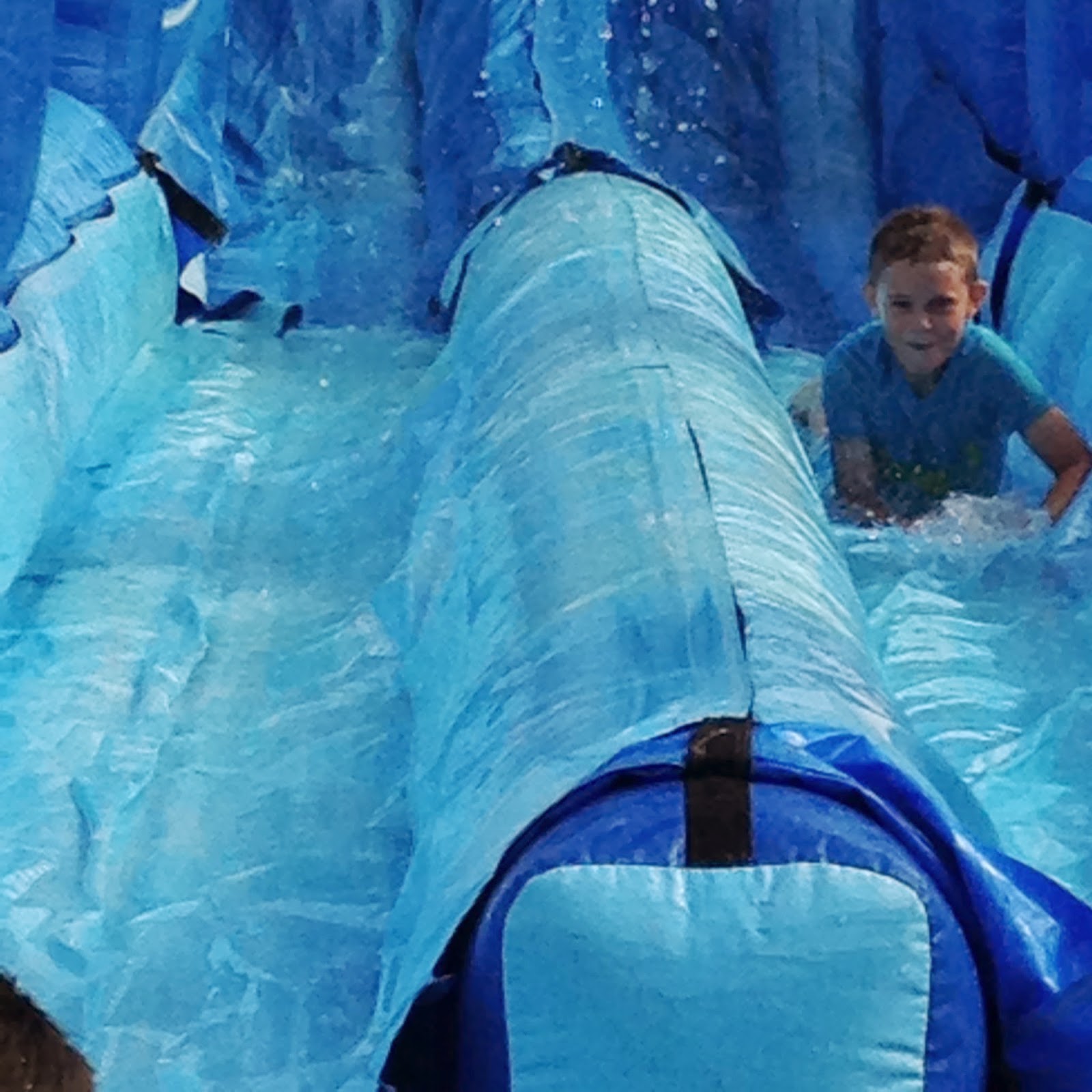 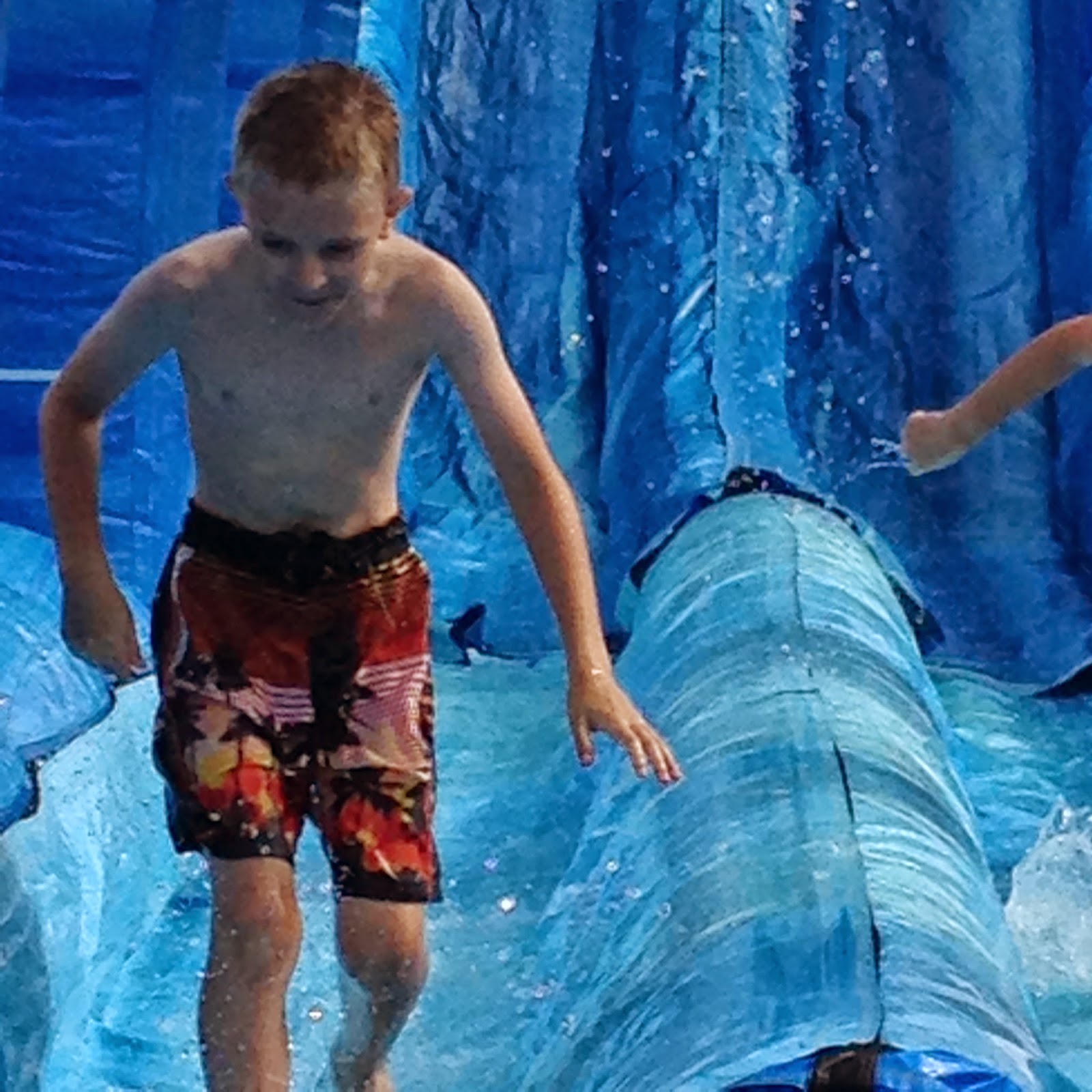 Just after the 4th Joseph and Sam had a checkup with the orthodontist.  Joseph was scheduled to have his braces put on as soon as his surgeon for his gum grafts gave the all clear.  We were surprised Sam needed to start his first phase NOW!  So Sam beat Joseph to the punch and had a few brackets and retainers thrown on while Joseph enjoyed a few more weeks without them. 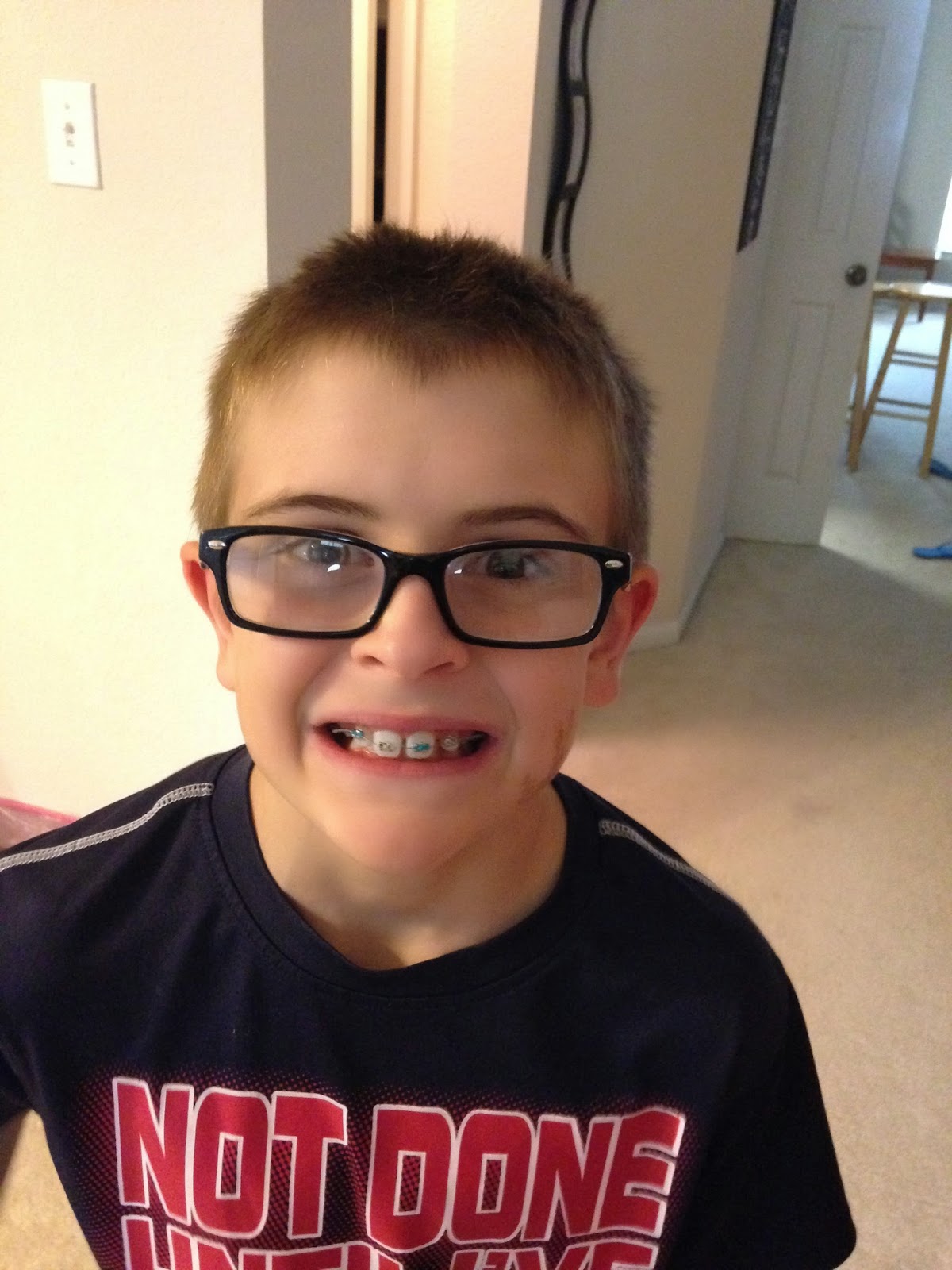 The middle of July brought us Girls Camp for Charley and Football camp for Joseph.  Joseph decided he would try out for wide receiver, running back, and corner back.  He said he enjoyed them all.  We'll see what he decides to do in the Fall.  Girls Camp was cut short this year for Charley.  Thursday morning the girls were woken up and instructed to pack up.  Noro-virus had whipped through the camp the night before and wiped out the 2nd years.  In hopes of preventing more sick girls and leaders they decided to send the girls home.  Thankfully they had 2 full days of fun (including the discovery of a baby copperhead snake in the 1st year showers!). 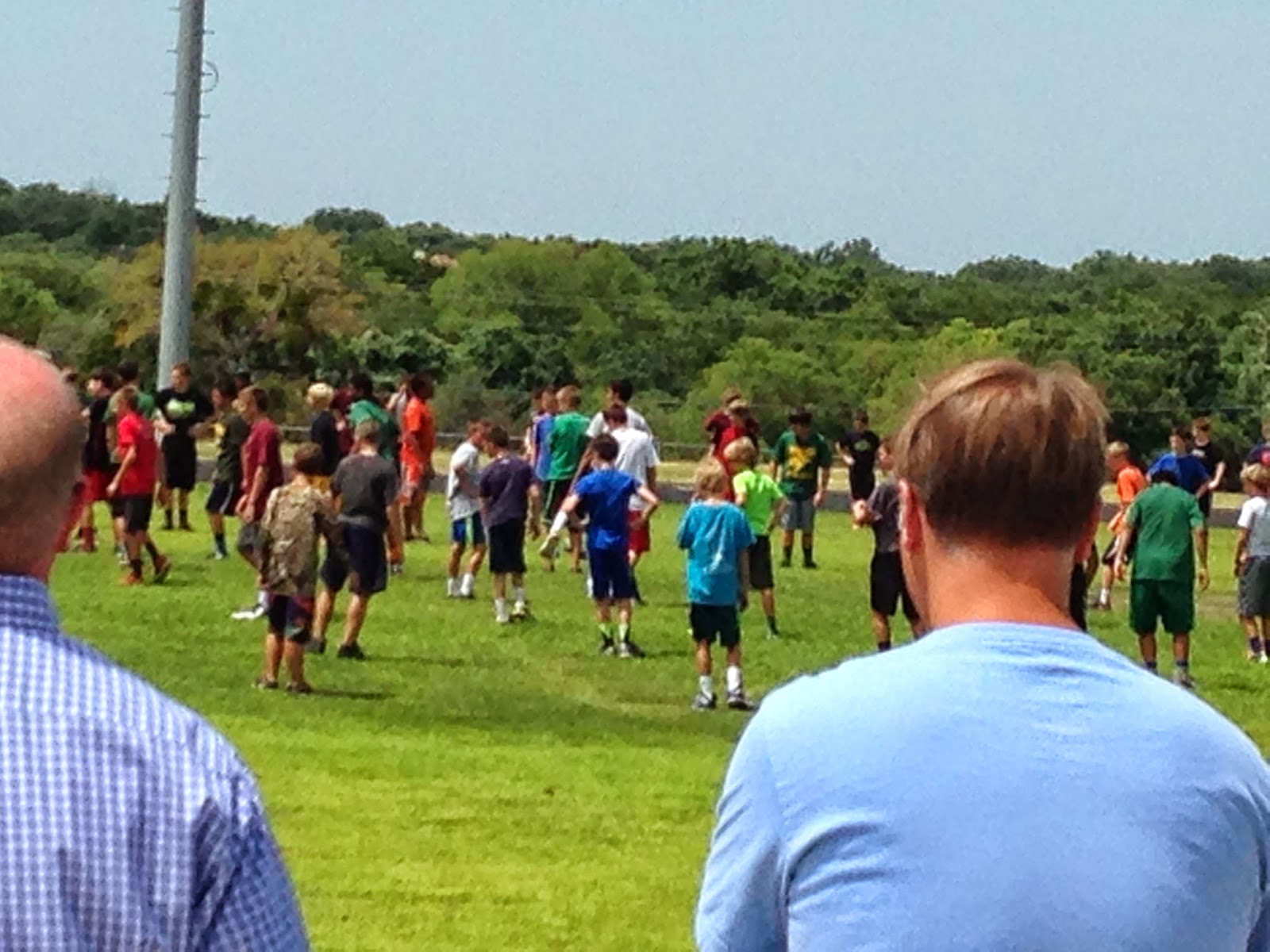 Ben's quilt finally arrived from Nana.  He has been anxiously awaiting this since March!  Nana went through a few tries until she was happy with it.  Ben was ecstatic the day it came and could not get the box open fast enough! 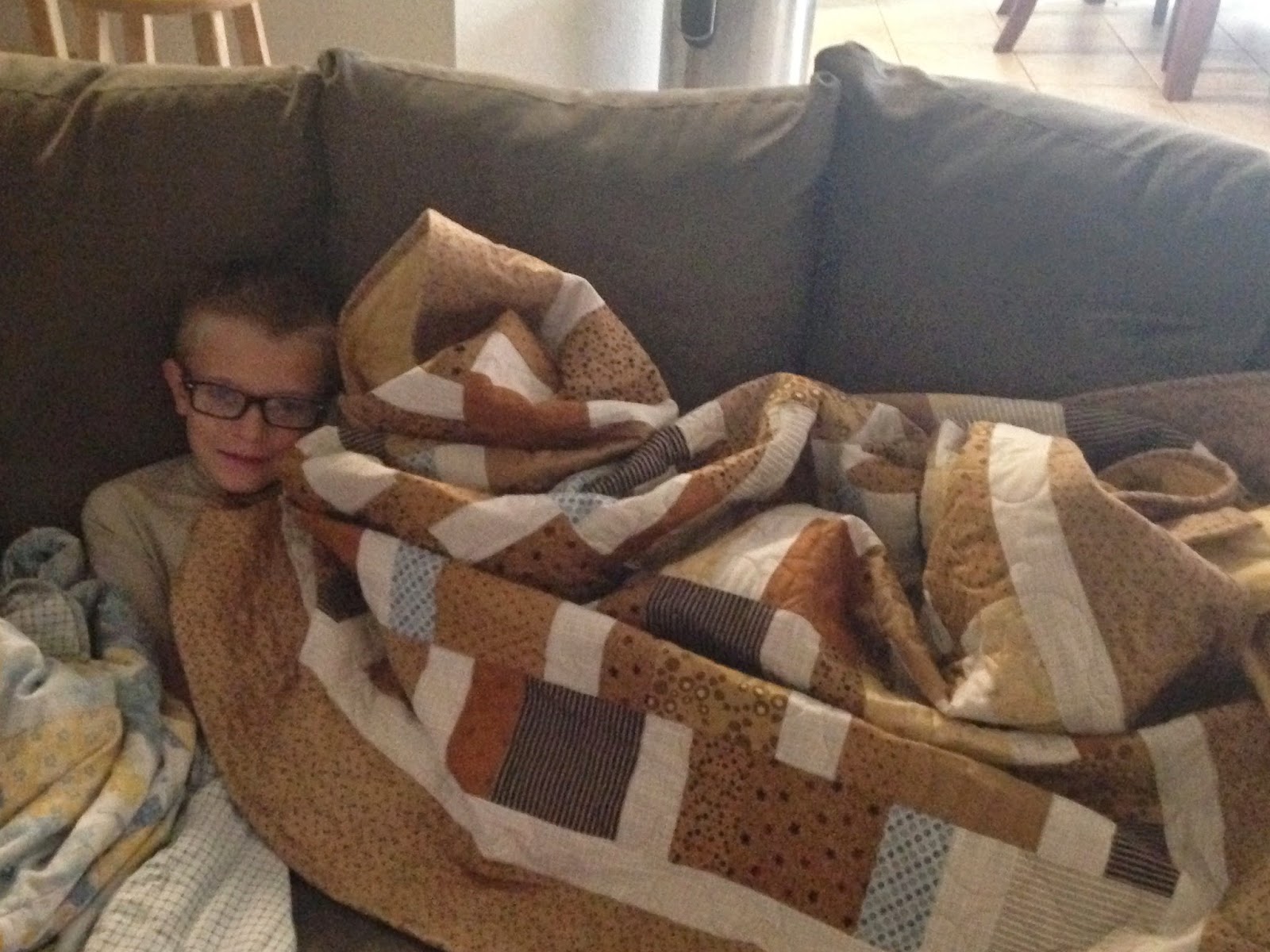 This week has brought more checkups for the kids.  Joseph was cleared for full braces from the surgeon on Monday July 21st and Tuesday July 22nd was awarded the hardware.  Sam had his retainer put on the bottom and new wires in top too.  Both are a little sore. 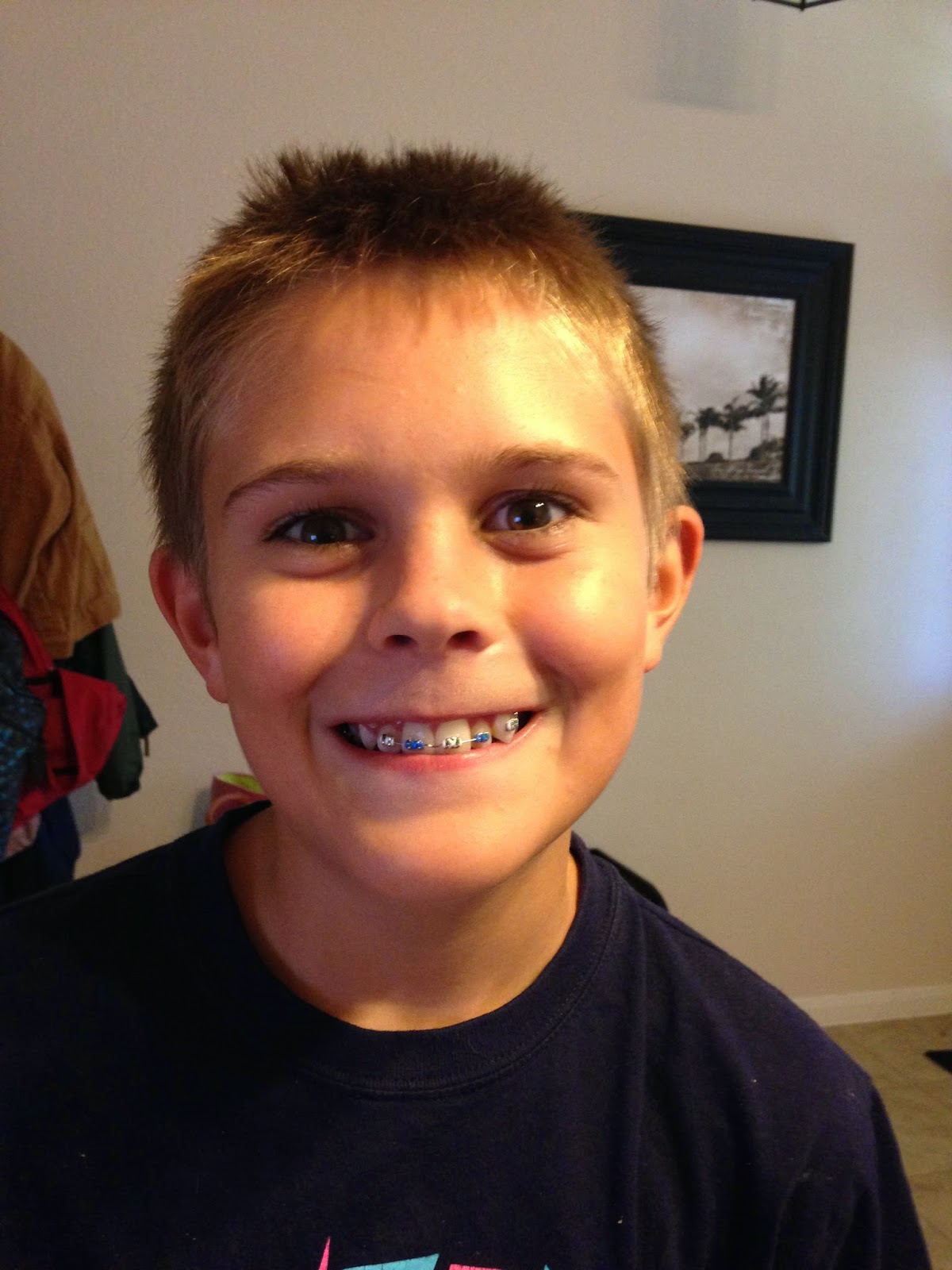 We still have a week to go in July and lots more activities planned.  Joseph earns his First and Second Class ranks in Scouts tonight, I celebrate my 29th birthday for the 9th time, Ronny and I celebrate 16 years of marriage, and we have lots more pool time to fit in! 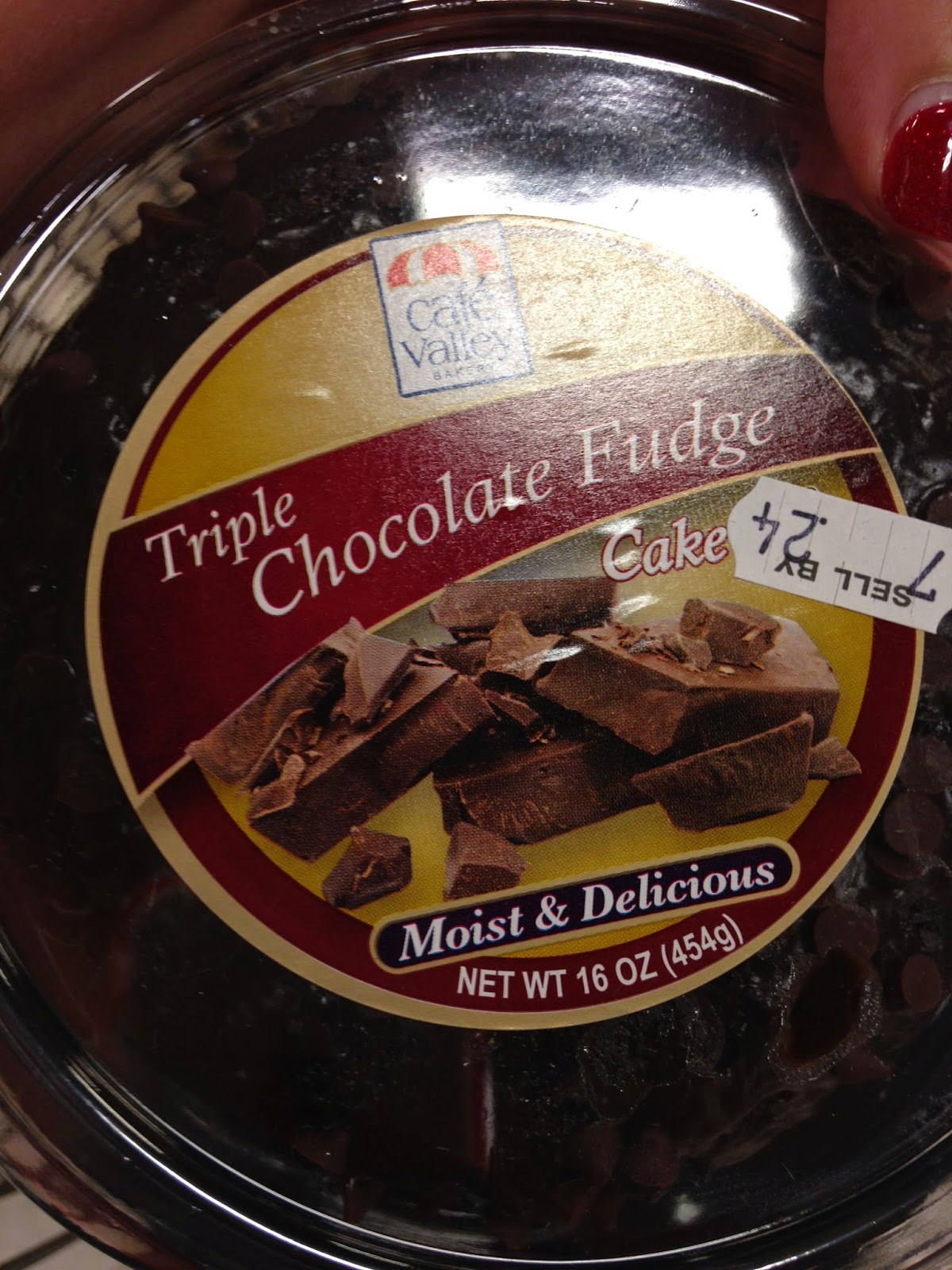 On a more serious note, our sweet little nephew is sick in the hospital with a nasty case of E Coli.  His little body is fighting as hard as it can but he has developed HUS associated with E Coli.  His doctors are hopeful for a full recovery but the process is a long one, especially on a soon to be 4 year old and his parents.  Please keep them in your prayers.