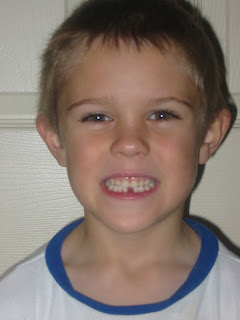 Joseph informed me a couple weeks ago he finally had a loose tooth. (He has watched all his friends loose a few and has been patiently waiting to join the club!) He worked diligently during that time to wiggle and pull it as much as he could. Ron and I have noticed that it was very loose and needed only a good tug to pull it free. He wanted to be the one to pull it free. Ronny wiggled it last night and finally broke the last bit of root still holding on. Amazingly it didn't come out then so Ronny told Joseph to give it a good pull. Joseph came down shortly there after to show me his tooth. He was so proud, it was adorable! I told him to put it under his pillow so the tooth fairy would come. He wanted to show his tooth in show and tell and was so worried the tooth fairy would take it. I informed him the tooth fairy and I were good friends and that I would let her know that he wanted to keep it. He was very much relieved!

Posted by bjarnason family at 10:03 AM 1 comments 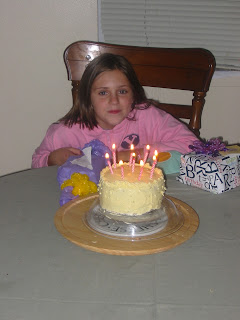 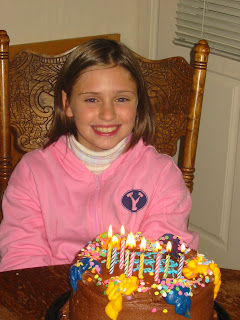 Charley turned 9 last week. (I can't believe it!) On election day to be exact. She was pretty excited to have her birthday on such an important day. Charley and I went to Salem to the girls scout store armed with her gift card in hand that she earned last year. She had a great time picking out a new uniform, lots of accessories, and a new doll. The boys came along as well, however they were not as much help. We celebrated the night of her birthday with just our family and then this week she held her first slumber party. She was ecstatic! We have a pretty small house so we could only host a few girls (I'm not complaining about that!) and only two were able to come but we had lots of fun! I fell asleep well before the girls did so I am not entirely sure when they actually drifted off to sleep. The boys were up at 7:00 ready to pounce on the girls but we were able to hold them off upstairs for another 1/2 hour. I'm sure Charley will be just as ready for a nap today as I am.

Posted by bjarnason family at 9:53 AM 2 comments 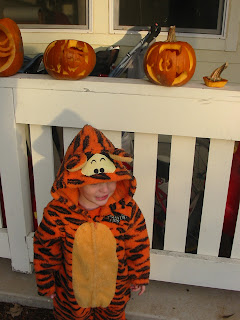 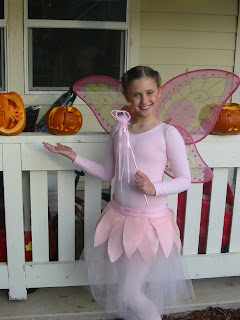 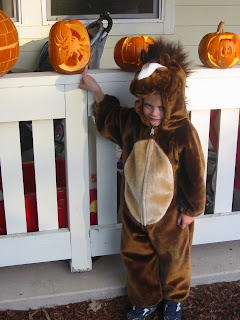 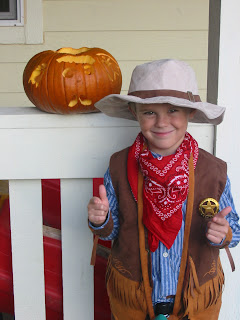 Here are the pictures of the kids in their Halloween costumes this year. I opted to only make Charley's this year as the month of October was rather hectic. So you may see a few repeats from younger siblings. Sam and Joseph thought that it was fun having a cowboy and his horse together. Ben pretty much hated wearing any costume until he saw that if he wore it people would give him candy. Charley enjoyed her fairy outfit and I made it big enough for her to wear next year too. Unfortunately I didn't get good close ups of the pumpkins. They were pretty cute this year. It was a fun night but I'm so glad its over. (I sometimes feel like its so much work for such a short event. Especially now that they don't let the kids wear their costumes to school.)

Posted by bjarnason family at 8:46 AM 5 comments 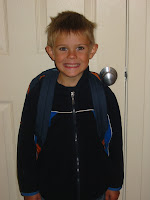 Joseph has been struggling with his asthma as of late. We have spent the last month doing on average 6 breathing treatments a day with at least half of them being in the middle of the night. We told Joseph he couldn't run at recess and that he needed to take it easy for a few days. He would always come home and inform us he did not run at school, he just played soccer or capture the flag. Apparently he didn't quite understand the meaning of no running. (How do you explain to a 5 year old boy he's not allowed to run in order to breathe?)

His teacher approached me one day and asked if he had any medication at school that he could take as he was having problems breathing just sitting in class. I knew then that this was now the point we needed to be referred on to the asthma specialist. So we called the doctor to schedule an appointment and found he was not going to be in for 2 weeks so we opted for the on call doctor (which happened to be our previous doctor who had retired. yay!). She asked Joseph to take some deep breaths for her. He did his best but was never able to take a deep breath without coughing up a storm. She then ran a pulse-ox (sp?) on him and discovered after his recent breathing treatment he was still only at 95. She gave us 3 new perscriptions (1 for school) and sent in the referral to the specialist and advised us to get him in right away. Thankfully someone had canceled their appointment for the next Monday so we were able to get him in within a few days.

I had never met this doctor but had heard great things from Ronny and a few friends who had seen him. (this is the same doctor Ronny sees for his throat problem) I was expecting an older gentleman as he had previously been a pediatrician before specializing in asthma and allergies. I was shocked when in walked a mighty fine looking doctor! Ronny laughed when I told him this later. Anyway he listened to Joseph breathe, took a pretty complete history on him again, and asked us exactly what medications he was taking and how often. He was surprised at what he was taking and the condition Joseph was in. When I told him I didn't think his medication was working very well he informed me it was keeping Joseph out of the hospital for the time being. When I related to him what the last two weeks were like he told me Joseph probably should have been admitted then. Oops! (That didn't help the guilt factor). He then did a poke test (allergy test) to see what Joseph was allergic to. It came back that he was allergic to mold, grass, and trees. I laughed and said he was pretty much allergic to Oregon. He agreed!

Anyway, Joseph is now on new medication that comes in the form of an inhaler attached to a spacer. No more nebulizer treatments! This was good news to all of us. He is doing so much better. He can now run and play and not worry about coughing. His teacher has informed us he is doing much better at school as well. Hopefully this keeps him out of the hospital when the next cold comes and helps ward of pneumonia this year!

Posted by bjarnason family at 8:13 AM 0 comments 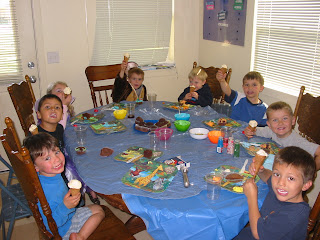 Sam had his 5th birthday last week. With it being an odd birthday he was able to have a friend birthday party. We invited 5 kids and 6 showed up. This happened at Joseph's party a few years ago so I was a little better prepared to handle the surprise additions. Sam decided he wanted to decorate cupcakes for his cake instead of a Pokemon cake he originally said he wanted. This was quite a blessing as I was in no mood to make an elaborate cake this last week. We had a great time playing puzzles, decorating cupcakes, and smashing into a pinata. The party lasted for about an hour and a half which is plenty long enough for 6 crazy 5 year olds with too much sugar in their systems. He had a great time with his friends which is all that matters to me. Happy Birthday Sam! 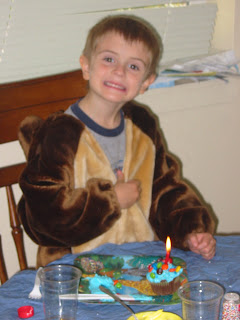 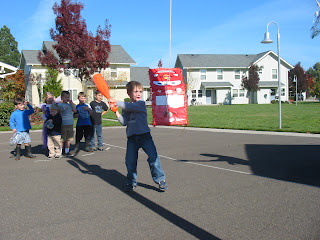 Posted by bjarnason family at 8:02 AM 0 comments